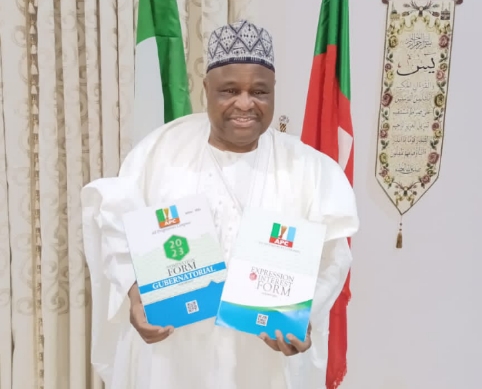 The Deputy Governor of Katsina State and a governorship aspirant on the platform of the ruling All Progressives Congress (APC), Alhaji Mannir Yakubu, has pledged to ensure the security of lives and property of residents of the state if elected as governor in the forthcoming general election.

Yakubu made the pledge yesterday while unveiling his development agenda to the people of the state at a press conference.

He recalled that the incumbent governor of the state, Alhaji Aminu Bello Masari has made positive efforts in addressing the worsening security situation in the state.

The aspirant appreciated the governor’s amnesty initiative which according to him was ‘betrayed by the bandits’.

He therefore vowed that if elected he will never engage the dreaded bandits in any kind of dialogue.

“If you may recall our government under the able leadership of our leader, Governor Aminu Bello Masari gave the bandits amnesty with the promise to change their ways.

“But in the end they went back to their bad ways”, he stressed.

Therefore, to make the state more secure, Mannir Yakubu disclosed that he will embrace community base security initiatives where all members of the community and relevant stakeholders would be engaged.

On Internally Displaced Persons (IDP) camps, the aspirant argued that instead of establishing IDP camps his government if elected would create a conducive atmosphere to encourage displace persons to go back to their abandoned communities to rebuild their lives.

Similarly, Yakubu promised that his administration if elected would focus more on the area of education, agriculture, water resources, health care, among others.

He also pledged to give attention to youth and women development in the state.