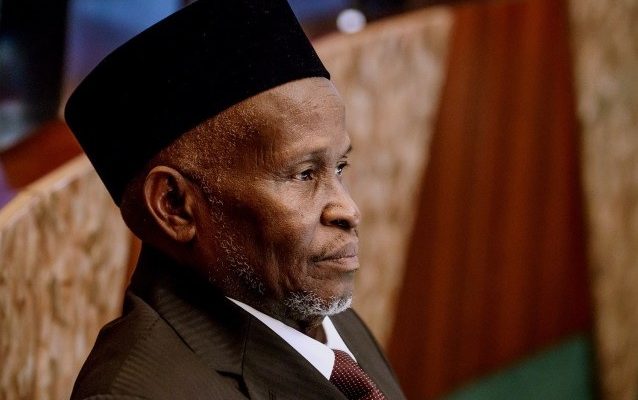 The Chief Justice of Nigeria (CJN), Tanko Muhammad, has absolved the judiciary of blame in the delay in handling high-profile corruption cases in the courts.

Justice Muhammad’s comments followed an accusation by the Minister of Justice and the Attorney General of the Federation, Abubakar Malami, that judges were still delaying timeous hearing and determination of such cases, particularly concerning Politically Exposed Persons (PEPs).

Malami had during an interview on Channels Television’s Politics Today on Monday, blamed the judiciary for the protracted trial of high-profile corruption cases.

But barely 24 hours, the CJN said Malami’s criticism of the judiciary for the delays suffered in court by high-profile corruption cases, was one-sided.

“The position of the Minister of Justice and the Attorney-General of the Federation, Abubakar Malami (SAN) that the judiciary be held responsible for delays in the trial and delivery of judgements on corruption cases involving politically exposed individuals appears to be one-sided,” the statement by the CJN’s spokesperson, Ahuraka Isah, read.

The CJN explained that the lapses on the part of the executive arm of government contributed to the delays in cases.

According to him, the constitutional responsibility of the judiciary does not involve crime detection and investigation, while referencing the serial disregard of court orders by the executive.

This is even as he stated that the judiciary does not have “a garrison command to fight its cause or enforce its orders and decisions.”

“The Judiciary has an internal mechanism for budget control and implementation. The judiciary defends its budget before the senate and the House of Representatives Committees on Judiciary at the National Assembly, besides the initial vetting by the executive.

“The judiciary has an internal mechanism for budget control and implementation. Each Court and judicial body has a budget unit, the account department, internal audit, Due Process Unit, as well as Departmental Tenders Board.

“There is also a Due Process Committee at the NJC (National Judicial Council) and the Judicial Tenders Board that award contracts on expenditure above the approval limit of the accounting officers of the Courts and judicial bodies.

“These layers of control were established by the Judiciary to ensure transparency, accountability and effective budget implementation. The type of transparency that the Federal Government has stressed,” the CJN added.