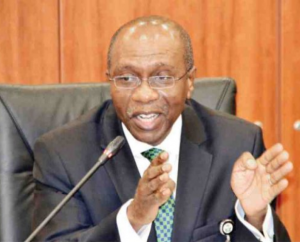 Conference of Nigeria Political Parties (CNPP) has called on the media to publish their stories after fact-checking in order not to misinform the public.

The CNPP spoke while reacting to recent reports indicating that the Governor of the Central Bank of Nigeria (CBN), Mr Godwin Emefiele has been sacked by President Muhammadu Buhari.

In a statement signed by its Secretary General, Chief Willy Ezugwu, the umbrella body of all registered political parties and political associations in the country said it was mischievous for some media platforms to have fabricated the story.

“For us, the CBN governor has done the needful by withdrawing the case he instituted against the Independent National Electoral Commission (INEC) and the Attorney-General of the Federation (AGF) seeking not to be disqualified as an aspirant on the platform of the All Progressives Congress (APC).

“Having done the needful in response to public opinion, it is mischievous for some section of the online media to deliberately misinform the public contrary to the constitutional duty to inform and educate the people”, the CNPP stated.