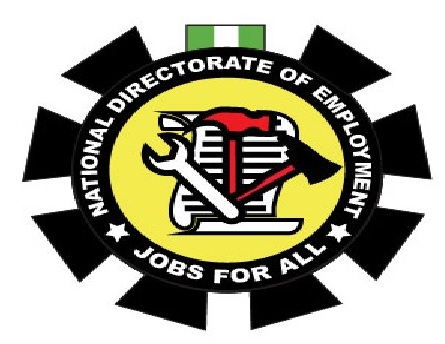 In a renewed effort geared towards curbing the rising unemployment rate in the country, the National Directorate of Employment, NDE, Oyo state has assured that it will continue to give the needed support to Small Scale businesses in the country.

Speaking of the official flag-off of loan disbursement exercise for the 228 beneficiaries of Micro Enterprise Enhancement Scheme (MEES) and Start Your Own Business (SYOB) Training for seven beneficiaries in Ibadan, the NDE Oyo state Coordinator, Mrs Olayemi Olayinka, who represented the Director General, Mallam Abubakar Nuhu Fikpo, described the event as a laudable initiative of the federal government aimed at fighting poverty to a standstill.

He expressed hope that the disbursement will trigger micro economic growth and more importantly, help beneficiaries start up or expand on their existing businesses.

Similarly, the Head of Department, Small Scale Enterprise (SSE), Mrs Steve-Ogundipe, who represented the Director Small Scale Enterprise, Mr Akpasa David, while speaking at a weeklong Entrepreneurship Skills Development Training for aspiring entrepreneurs in collaboration with Nazeemursaj pointed out that the government in a bid to root out poverty in the country has created various empowerment programmes being executed by the NDE.

He charged the beneficiaries to seize the opportunity to turn around their economic fortune, reduce poverty and create more wealth in the country.

He also appealed to them to make good use of the training to better their lots and that of the country.

So far, both indigenes and non-indigenes from across the 33 local governments in the State had benefitted immensely from various NDE schemes and their testimonies have been quite amazing.