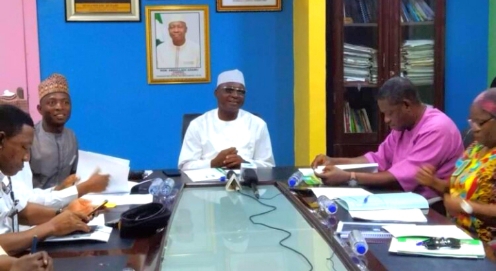 The Federal Capital Territory Administration (FCTA) on Friday hinted that between January and November 2022, 21,438 vehicles in Abuja failed roadworthiness test while the Mobile Court prosecuted about 1,120 traffic offenders.

Abdullahi Candido, the Secretary of Transportation for FCTA, made this known at the annual press conference on Friday, saying, that out of the 37,572 vehicles inspected, only 16,198 were deemed to be worthy.

He noted that the high number of vehicles that failed roadworthiness test was due to the thorough inspection vehicles underwent at the Computerized Vehicle Inspection Centers in the Federal Capital Territory (FCT).

Candido blamed the high failure rate to the country’s desire for the importation of used cars known locally as “Tokubo Vehicles.”

He noted that most of the used vehicles were given face-lifting treatment by their initial owners, after being involved in an accident or flooding in their countries of origin.

According to him, while he acknowledged that bad road network within the suburbs, and poor maintenance culture contribute significantly to the failure rate, he revealed that the Directorate of Road Traffic Services (DRTS) has been mandated to subject all vehicles to the Computerised test before car documents renewal.

Documents obtained by correspondent also revealed that a total of 3,532 out of 54, 620 applicants for driver’s license were not licenced because they failed the roadworthiness test.

To ameliorate traffic related offences in Abuja, Independent learnt that 4,401 errant drivers were sent to a compulsory correctional training within this year.

About 850 dispatch riders were also made to attend the mandatory training of the DRTS, before being issued with a Riders Certification Card.