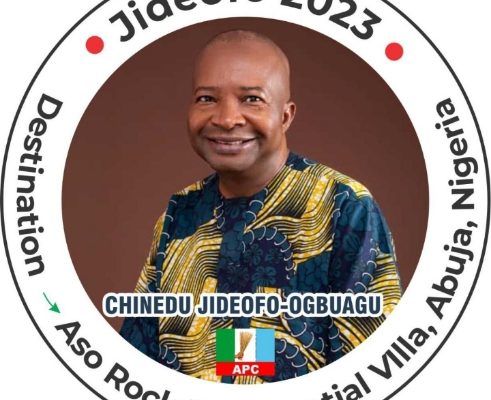 A 2023 presidential aspirant on the platform of the All Progressives Congress (APC), Dr. Chinedu Jideofo-Ogbuagu, has given insight into how his party can and should win big in 2023 general elections in Enugu State.

This was contained in his open appeal to the Governor Mai Mala Buni-led APC Caretaker and Extraordinary Convention Planning Committee (CECPC).

According to him, in 2019, “we preached peace in and unity of Enugu State APC as the only sensible foundation for the state party to win elections, including governorship election.

“We even took a coaster bus-load of concerned Enugu State APC members from Enugu to Abuja in 2018 on peace and unity advocacy mission.

“But our efforts to bring peace and unity to Enugu State APC long before 2019 primaries failed, because the same persons causing crises and disunity in Enugu State APC enjoyed the respect and confidence of the then national leadership of APC”, he alleged.

He strongly noted that “By disregarding our petition for peace and unity ahead of 2019, the Adams Oshiomhole-led National Working Committee (NWC) appeared compromised and working with some so-called leaders who were APC only in Abuja but PDP in Enugu, for APC to lose the elections to Governor Ifeanyi Ugwuanyi’s PDP who were sponsoring the Enugu State APC blacklegs.”

Worried that 2023 is almost upon here, Dr. Jideofo-Ogbuagu insisted that “the same persons who sold Enugu State APC to Enugu State PDP in 2019 have been at it again.

“Apparently, the contract they have with PDP elements in Enugu State is for the habitual APC betrayers and saboteurs to make sure that Enugu State APC is always in crises, too divided and weak to win any election against Enugu State PDP.

“Towards the end of 2021 and to stave off any crises in the state party, leaders and stakeholders of the state party met and agreed to share the governorship, state party offices and whatever office of the next NWC that would come from Abuja through the South-East geopolitical zone to Enugu.

“Enugu East – with tacit support of the other two zones – has been gearing up to produce Enugu State APC governorship candidate.

“Enugu West – with support of the other two zones – has already produced State Chairman in the person of Barr Chief Ugochukwu Agballah.

“But, regrettably, known individuals from Enugu West and Enugu East have been lobbying and consulting to contest for next NWC office that should go to Enugu North. Why?”, he queried.

He added that “Enugu West and Enugu East cannot eat their cake and have it.

“Agreement is for keeping. It is either Enugu West and Enugu East individuals steer clear of NWC position that should go to Enugu North this time or they return their share of state chairmanship and governorship for all positions to be contested for without the zoning agreement.

“For Enugu State APC to avoid the sort of crises that cost us ALL elections since 2015, particularly in 2019, I hereby appeal to the Governor Mai Mala Buni-led APC Caretaker and Extraordinary Convention Planning Committee (CECPC) to insist that the agreement by leaders and stakeholders of Enugu State APC be respected and upheld.

“Anyone from Enugu West or Enugu East dragging next NWC position with Enugu North can only be out to again cause confusion, division and weakness in Enugu State APC that would hand all 2023 electoral victories to Enugu State PDP – as happened since 2015.

“The troublemakers should be cautioned now, before it is too late for APC in Enugu State”, Dr. Chinedu Jideofo-Ogbuagu warned. 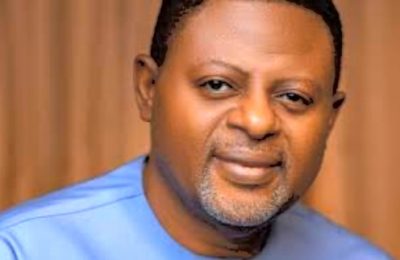 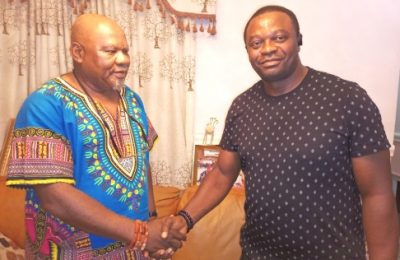