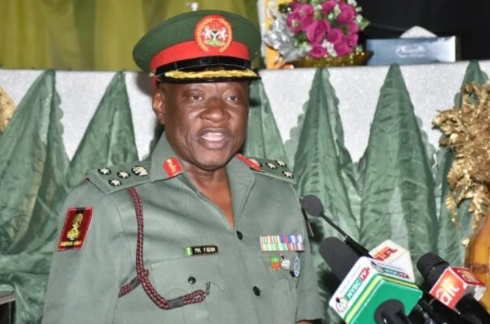 Corps Members have been advised to acquire vocational skills through the NYSC Skill Acquisition and Entrepreneurship Development programme so as to become self-employed.

According to a statement signed by the Director of Press and Public Relations of the NYSC, Eddy Megwa, the Director General of the Scheme, Brigadier General Muhammad Fadah, gave the charge today while addressing the 2022 Batch ‘C’ Corps Members deployed to Kano, Borno and Katsina States at the Orientation Camps in Kano and Katsina.

He said the acquisition of vocational skills would also enable them to create jobs for others.

Fadah also advised the Corps Members to adhere to the Camp rules and regulations.

“Respect the constituted authorities, avoid fraud, cybercrimes, cultism, hard drugs and other vices. Always be good ambassadors of the NYSC,” the DG said.

He called on them to identify the felt needs of their host communities and initiate projects that would improve their living standards.

The Director General enjoined the Corps Members to be in the vanguard for the promotion of national unity, and remain disciplined throughout the service year.

He warned them against embarking on unauthorized journeys, adding that if given permission to travel, they should avoid night journeys.

“Be security conscious, and make sure you board vehicles only at designated motorparks,” he said.

The Kano State Coordinator, Mrs. Aisha Mohammed Tata, informed the Director General that the 1,536 Corps Members registered in the Camp were well-behaved.

In the Borno Camp, the Coordinator, Mr Nura Umar stated that all the Camp activities were going on smoothly, attributing same to the teamwork and commitment of Camp officials as well as the active participation of Corps Members.

Presenting her situation report, the Katsina State Coordinator, Mrs Aishat Mohammed, said the Corps Members were adapting to the regimented life of the Camp.