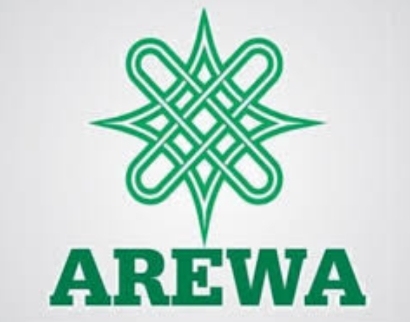 About 11 northern governors who endorsed zoning of the presidential ticket of the ruling All Progressives Congress (APC) to the southern Nigeria and called on presidential aspirants from that part of the country to withdraw from the race have come under heavy criticisms by several groups in the region.

The Coalition of Northern Groups (CNG), an amalgamation of several organizations in the northern part of the country, has described the governors as betrayers who will be judged by posterity for taking such a decision.

The Coalition of Northern Groups (CNG) has expressed displeasure with the Northern Governors in the All Progressives Congress (APC) for “their late minute concession of the right of northerners to seek party’s presidential ticket, describing it as treacherous.

“For the APC governors from the North to take such a weighty decision at the expense of the collective interest and future of the North, amounts to arbitrary treachery and blatant abuse of privilege,” the CNG said in a statement by its Spokesperson, Abdul-Azeez Suleiman.

The Group further said the decision was also clearly a brazen breach of the standard democratic practice by the selfish Northern Governors who see power as an end in itself.

“The move, aimed mainly at serving the vice-presidential ambitions of the state governors without minding its unforseen consequences on the future of the larger population of the North, is not only undemocratic but a betrayal of the region’s past leaders who toiled and paid with their lives to ensure a strong, prosperous region.

“It also points to a cowardly cave in by those who pose as Northern leaders today to the threats, intimidation and blackmail of the southern political elites.

“This act of treachery and betrayal shall certainly not go unnoticed and in the fullness of time, the governors would be called to account for the consequences of their selfish compromise by this and coming generations of northerners”, Suleiman said.

In a related development, another group from the North expressed their anger against the announcement by the 11 Northern Governors.

In its reaction the Arewa Defendants Forum, ADF, vowed to resist any attempt from any quarter to encroach on the right of a northerner to aspire for election to any position.

ADF in a statement by its Chairman, Hassan Rabiu Damau at the end of an emergency executive meeting in Kaduna, noted that the North is cursed with a set of selfish demagogues posing as state governors and the region’s leaders.

“The North is unfortunate today to be saddled with a set of affrighted, selfish, unreasonable fascist leaders in the form of state governors who would readily compromise the collective interest of the people of the North.

“The antics of these Northern traitors and judases that the Northern region is cursed with must strongly be resisted by especially the youth who stand to be the major and immediate casualties of their treacherous plots.

“Unfortunately all the 11 governors now attempting to jeopardise the collective future of the region happen to be those who have acquired the reputation of heading the worst administrations in the history of their respective states”, the Group said.