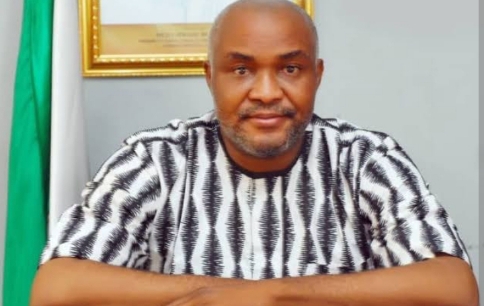 Sunday April 17th 2022 is Easter Sunday and for Nigerian Christians who are well over 100 million citizens, this year’s celebration has come at a very challenging time and as it were, the challenges posed by insecurity and the difficulties imposed by the economic inflationary trend,  means that millions of Nigerian Christians may not have the desired opportunities to travel to be with their loved ones in their Countryside.

Be that as it may, the lessons of the Easter and the expected homilies that will flow from the pulpits of many Churches across the Country will inevitably be all about the state of the nation beginning with the difficulties constituted by the situation of heightened insecurity, terrorism, and the unequalled redistribution of national wealth all across the Country.

The widening spectre of poverty and the unprecedented collapse of good governance standards such as accountability and transparency, are some of the disturbing social trends weighing the Country significantly down and making the nation to lose her place in the comity of nations.

As expected,  politicians will inundate us with propaganda messages asking Nigerians to eschew disunity and to live in peace.

But deep inside of the hearts and minds of these politicians, are vices that motivate the spread of hatred, disunity and disharmony. The deliberate disincentivisation of hard work and the promotion of nepotism, cronyism, selfishness and corruption are of course some major social issues that confront ordinary Nigerians in their daily life.

This negativity woven in the evidently collapse of good governance is not strong enough to take away the very essence of the celebration of the resurrection from death of Chrust Jesus signifying the conquer of the power of death by God Almighty.

So what should really matter to Nigerians this year’s 2022 Easter festivity should be how we can restore sanctity of life and how we must resolutely defend the sacredness of life going by the widespread downgrading of the value and sacredness of human life. This agenda that promotes life should be at the core of the major homilies that should resonate from all over the Country.

I must admit that I have not really read a lot of Easter homilies especially from the seat of power of the Mother Church the Vatican city, but I have had to embark on a search of the past golden homilies rendered by the immediate past Pope- the German born Theologian of the highest quality.

But there is this version of Easter homily delivered by His Holiness Pope Benedict the XVI dated 23rd April 2011 that has remained an intellectual landmark going by the loaded messages about respecting human rights and observing life as sacred.

This homily was delivered at the Saint Peter’s Basilica in the Eternal City of Rome.

ALSO READ  How to Win the War Against Online Abuse in the Society!

The Holy Father perhaps left two phenomenal paragraphs in his homily which encapsulates the whole essence of the Easter festivity. I’m going to borrow just a few affirmations from that phenomenal homily to graphically present the authentic message that Easter should celebrate.

Pope Benedict the sixteenth said about Easter thus: “These great signs of creation, light and water, are not the only constituent elements of the liturgy of the Easter Vigil.”

Another essential feature of Easter said the Pope, is the ample encounter with the words of sacred Scripture that it provides.

The Church he said, wishes to offer us a panoramic view of whole trajectory of salvation history, starting with creation, passing through the election and the liberation of Israel to the testimony of the prophets by which this entire history is directed ever more clearly towards Jesus Christ. In the liturgical tradition all these readings were called prophecies. Even when they are not directly foretelling future events, they have a prophetic character, they show us the inner foundation and orientation of history.

They cause creation and history to become transparent to what is essential. In this way they take us by the hand and lead us towards Christ, they show us the true Light.

Holy Father Pope Benedict said further that Easter and the paschal experience of Christians, however, now require us to take a further step.

As the day of the liturgical assembly, it is the day for encounter with God through Jesus Christ who as the Risen Lord encountered his followers on the first day, Sunday, after they had found the tomb empty.

“The structure of the week is overturned. No longer does it point towards the seventh day, as the time to participate in God’s rest. It sets out from the first day as the day of encounter with the Risen Lord.”

“This encounter happens afresh at every celebration of the Eucharist, when the Lord enters anew into the midst of his disciples and gives himself to them, allows himself, so to speak, to be touched by them, sits down at table with them. This change is utterly extraordinary, considering that the Sabbath, the seventh day seen as the day of encounter with God, is so profoundly rooted in the Old Testament.”

ALSO READ  2023: Tinubu or Osinbajo None of Them is Threat To PDP

The Pope reminds us that if we also bear in mind how much the movement from work towards the rest-day corresponds to a natural rhythm, the dramatic nature of this change is even more striking.

This revolutionary development, he submits, that occurred at the very the beginning of the Church’s history can be explained only by the fact that something utterly new happened that day.

The first day of the week was the third day after Jesus’ death. It was the day when he showed himself to his disciples as the Risen Lord. In truth, this encounter had something unsettling about it. The world had changed. This man who had died was now living with a life that was no longer threatened by any death.

We celebrate it because now, thanks to the risen Lord, it is definitively established that reason is stronger than unreason, truth stronger than lies, love stronger than death. We celebrate the first day because we know that the black line drawn across creation does not last for ever.

We celebrate it because we know that those words from the end of the creation account have now been definitively fulfilled: “God saw everything that he had made, and behold, it was very good” (Gen 1:31). Amen.

My take away from this illustrious homily rendered by one of the most profound theologians in contemporary times, is that the message and lesson of Easter for Nigerians of the year 2022 is to reject violence, reject death, denounce terrorism, denounce ethnic genocides going on in Nigeria and to insist on social justice for all people irrespective of ethno-religious affiliations.

Importantly, the Urbi et Orbi Message of His Holiness Pope Francis of Easter Sunday dated 4th April 2021 makes a lot of meaning for us in Nigeria.

The Holy Father affirmed thus:Dear Brothers and Sisters, a good, happy and peaceful Easter! Today, throughout the world, the Church’s proclamation resounds: “Jesus, who was crucified, has risen as he said. Alleluia!”

The Easter message he said does not offer us a mirage or reveal a magic formula. It does not point to an escape from the difficult situation we are experiencing. The pandemic is still spreading, while the social and economic crisis remains severe, especially for the poor.

Nonetheless – and this is scandalous – armed conflicts have not ended and military arsenals are being strengthened. That is today’s scandal.

In the face of, or better, in the midst of this complex reality, the Easter message speaks concisely of the event that gives us the hope that does not disappoint: “Jesus who was crucified has risen”. It speaks to us not about angels or ghosts, but about a man, a man of flesh and bone, with a face and a name: Jesus.

The Gospel testifies that this Jesus, crucified under Pontius Pilate for claiming he was the Christ, the Son of God, rose on the third day in accordance with the Scriptures, just as he had foretold to his disciples.

The Holy Father restated that the crucified Jesus, none other, has risen from the dead. God the Father raised Jesus, his Son, because he fully accomplished his saving will. Jesus took upon himself our weakness, our infirmities, even our death. He endured our sufferings and bore the weight of our sins.

Because of this, God the Father exalted him and now Jesus Christ lives forever; he is the Lord.

Politicians that are now preaching unity and peace on one hand but look the other way as agents of terror bear arms to unleash violence and terror seeking to wipe out ethnicities in parts of Nigeria must be denounced,  named and shamed.

The crude terrorism of ethnic cleansing being undertaken by armed Fulani terrorists in North Central Nigeria whilst President Muhammadu Buhari and his Fulani dominated armed security chiefs must be denounced and Nigerians should use this Easter celebrations to call out government to become responsible and defend the fundamental Human Rights of all citizens.

Enough of the widespread impunity.

This is the homily of Easter and not those sugarcoated propaganda messages from governors, President and ministers in Nigeria of 2022 in which human life has become meaningless.

We must restore constructive and positive meaning to life and defend the fundamental principle of  recognising the sanctity of life of the Nigerians.

We must arise and pronounce loudly from the rooftops that Nigerian lives must matter.

Emmanuel Onwubiko is head of the HUMAN RIGHTS WRITERS ASSOCIATION OF NIGERIA (HURIWA).