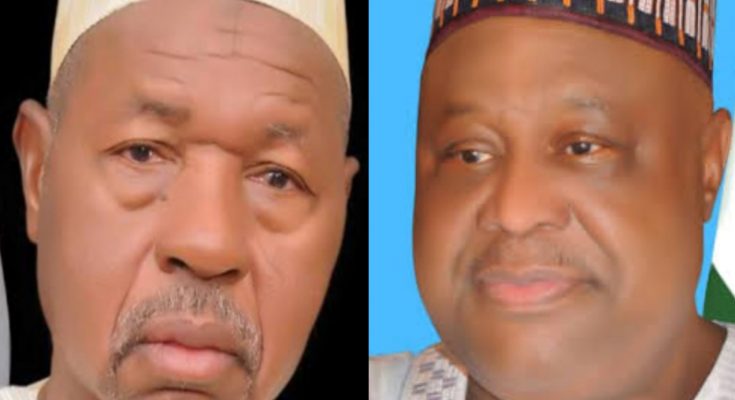 Lifeline For SMEs In Katsina

Contents show
1 By Ibrahim Musa Kallah
2 —Kallah is the media aide to Katsina State Deputy Governor
3 Kindly Share this story via:
4 Like this:

Unarguably, the Small and Medium Enterprises (SMEs) are necessary keys for significant employment, income generation and poverty eradication in Nigeria and most developing economies of the world.

Fundamentally, SMEs play pivotal roles in economic development and as growth-supporting sector, they not only contribute to improved living standards but also drive innovation and competition in developing economics.

For instance, SMEs in Nigeria contribute 48 percent of national GDP, accounts for 96 percent of businesses and 84 percent of employment, according to the National Bureau of Statistics (NBS).

In appreciation of the critical roles SMEs play, Katsina State government has undertaken initiatives to promote the growth and development of this important sector.

Under the chairmanship of the Deputy Governor, QS Mannir Yakubu, the Council has remained focused in implementing measures aimed at strengthening small business which are the key drivers of the Katsina economy.

Only recently, the Council held a two-day retreat, which focused principally on analyzing different issues around the MSMEs development, including existing programmes and, how they affect MSMEs sub-sector development in Katsina State.

Essentially, the retreat which took place between 22 and 23 of November, 2021, also provided the platform to familiarize with, and subject to open review, the new National Policy on MSMEs and strategizes on ways to provide effective and efficient service delivery to grow the MSMEs sub-sector in Katsina State.

In a thought provoking speech at the retreat, Katsina State Deputy Governor, Qs Mannir Yakubu, while declaring open the two-day workshop, harped on the need to provide the needed support to small business to drive the overarching need of poverty eradication through employment generation.

Mannir emphasized the need to dialogue with development partners, source for donor resources, and listed take-aways from the retreat to include equipping participants with the skills of planning and financial management, improving the knowledge of MSME council, as well as leveraging on the opportunity provided by the African Continental Free Trade Agreement-AfCFTA for MSME development.

The Deputy Governor, QS Mannir Yakubu, who is also the Chairman of the Council, noted that the State government has achieved so much in the area of MSME development through collaboration with federal ministries, departments and agencies (MDAs), private sector other stakeholders.

He highlighted some of the achievements, which include, collaboration with Raw Materials Research and Development Council (RMRDC) to organise training on tiger nut value chain for women in Katsina State, and workshop on investment opportunities in some strategic crops, safe use of pesticides, and agro-chemicals to farmers.

Other achievements include securing and the distribution of varieties of cashew and cotton seedlings and seeds to farmers in the state, support to the state steering committee on Survival Fund and Support to the Federal Government efforts on ease of doing business.

Additionally, Mannir listed others as collaboration with Standard Organization of Nigeria (SON) on certification of some establishments by the state government and SMEs in the construction industry. This in addition to securing allocation of land and Certificate of Occupancy (CofO) for the permanent office complex for SON and that of Federal Ministry of Industry, Trade and Investment/NEPZA for the establishment of Funtua Integrated Textiles and Garment Parks, among other giant strides.

He reaffirmed the commitment of the Governor Aminu Bello Masari led government to further reposition Micro, Small, and Medium Enterprise (MSME) across the state for efficient business management.

It also considered presentation on the reviewed National Policy on MSMEs, which set the tone for the proceedings, leading to the formation of four syndicate groups, who eventually deliberated and made robust contributions on the ways to grow the Nano, Small and Medium Enterprises (NMSMEs) sub sector in Katsina State.

The retreat further discussed extensively the newly reviewed National Policy on MSME and implementable milestones in the state. Evaluation on the need for continuous training and capacity building programmes to re-position the BMOs for effective service delivery to their members was also explored.

Other issues deliberated include myriads of challenges faced in the MSMEs development programmes in the state, and ways to make future implementations more impactful, by deepening participation and improving on the various programmes content.

Good enough, at the retreat, it was resolved that all Agencies in the state responsible for training and capacity building should work in concert with BMOs to provide sector specific training for Entrepreneurs in the state.

Furthermore, it was resolved that training and capacity building for BMOs and other form of skills upgrade for members should be given priority attention going forward. The Training Needs Analysis is to be submitted by the BMOs to the MSME Council for consideration.

Other plausible resolutions at the retreat include the need to deepen stakeholder engagement through town hall meetings and mass media on available financial windows and regulatory matters for MSMEs in the state.

Stakeholders at the retreat also resolved that the Katsina MSMEs Council should emulate the National in terms of composition of the Technical Implementation Committee by adopting a co-chair from the private sector.

Interestingly, there was also the case for the need to emphasise research for Development by leveraging on the educational institutions in the state.

The Katsina MSMEs Council is enjoined to commission a Needs assessment of Skills gap in the state and follow up with training provision of Business Development Services (BDS) to increase the capacities of MSMEs operators as well as harmonise all the Skills Training Centres in the State.

Similarly, the MSME Council was advice to consider the establishment of border Market and export warehouse to facilitate exportation of Made in Katsina/ Nigeria product. The need to ensure prompt completion of laudable projects embarked upon by the State Government that has direct bearing on MSMEs (including Common Facility Centre for MSMEs, formation of an SPV, Integrated Textile and Garment, Establishment of Power Sub stations and Water Supply, Special Agro Processing Zones (SAPZ) and others was also stressed.

The Retreat, seen by stakeholders as part of the new dawn for SMEs development in the state, was attended by critical stakeholders drawn from government agencies both at federal and state levels, as well as the corporate bodies.

Participants include the Permanent Secretary in the Deputy Governor’s office and his counterparts in the ministries of Commerce, Trade and Investment, and, Women Affairs.

Also in attendance were representatives of the Katsina Branch of Bank of Industry, the state branch of the Bank of Agriculture (BOA), the State Chapter of the Bank Managers Forum (BMF), the National Agency for Food Drugs and Control (NAFDAC), and the Raw Material Research Development Council (RMRDC).

—Kallah is the media aide to Katsina State Deputy Governor