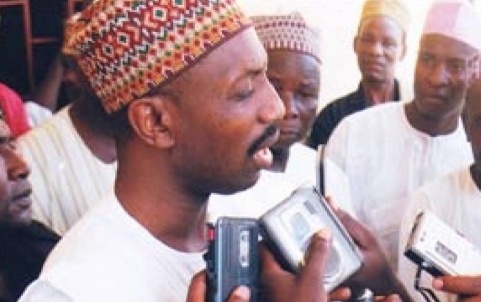 A chieftain of All Progressive Congress (APC) in Kaduna State, Alhaji Sani Mahmud Sha’aban has declared his intention to contest for the governorship election in the forthcoming 2023 election.

Alhaji Mahmud Sha’aban, a title holder of Dan Buram Zazzau and Barden Keffi made his intention known today at main auditorium of the Arewa Hall, Kaduna.

Sha’aban declaration speech reads: “In spite of the many challenges Kaduna faces, it is quite remarkable that our party, All Progressive Congress (APC) under the superlative leadership of Governor Nasir Ahmad el-Rufai has done exceptionally well.

“Governor el-Rufai has raised the bar of leadership in Kaduna state with remarkable infrastructural and developmental initiatives. Indeed Kaduna has never had so well with visible imprints of dividends of democracy dotting the entire landscape of the state.

“It is inspiring that amidst difficulties and growing anxiety over the future of our state and the North, we have refused to succumb to despair and hopelessness occasioned by insecurity. This never-say-die attitude gives me immense hope and it is one of the reasons why I can never give up”, Alhaji Sani Mahmud Sha’aban said.

He added that “As a progressive and open-minded Nigerian, I consider it a golden opportunity and a chance to display my courage, rekindle my innovative instinct, showcase my character offer myself to continue where Governor el-Rufai stops after the expirations of his tenure in 2023.

“I possessed the capacity; experience, fresh ideas, exposure, bubbling energy and a passionate desire for govern Kaduna. My political pedigree surpasses all the aspirants vying this position with me at the moment“, he said.

According to Alhaji Mahmud Sha’aban, regardless of the loud and lavish political propaganda, deceit, official impunity and unjust applications of powers of patronage and sanctions by the PDP in the state, our party remains strong and capable of fulfilling the state’s thirst for change and development.

“My politics have always been guided by the enduring values of fairness and justice, honesty of purpose, the pursuit of excellence, selflessness and the love for my country. These values also characterize my conduct in business and all my human interactions.

“I was a founding member of All Nigerian Peoples Party (ANPP). The party I contested and won the 2007 governorship elections of Kaduna state, but eventually rigged out. Undaunted, I pursued my mandate to Supreme Court despite barrages of unsubstantiated blackmails and character assassinations, which to date nobody verified.

“I have been asked why I am always seeking to become the governor of this country. My passion for governance is that of a man who wants to do more because there is so much more to be done in fixing Kaduna.

“I want a Kaduna that is not about North or South, Christian or Muslim, but about a better tomorrow where every citizen will feel secure, act with patriotism, having assurance of the fulfillment of his or her aspirations”, Alhaji Sani Mahmud Sha’aban maintained.