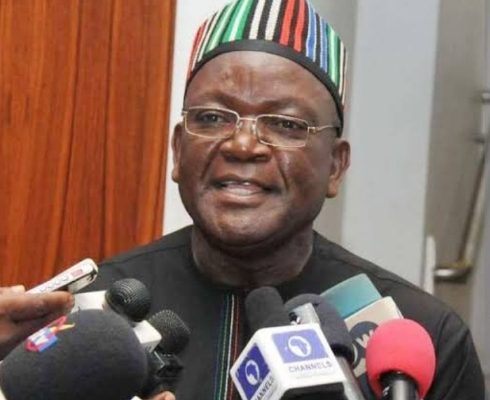 Contents show
1 By Suleiman Abbah
1.1 *Abbah wrote this piece from Kaduna, Kaduna State
2 Kindly Share this story via:
3 Like this:

The negativity bias, also known as the negativity effect, is the notion that, things of a more negative nature (e.g. unpleasant thoughts, emotions, or harmful/traumatic events) have a greater effect on one’s psychological state and processes than neutral or positive.

Benue State Governor, Samuel Ortom, by every standard of judgment, is an accurate personification of a person possessed with a blind set of biases, making it an enormous amount of biased blindness for anyone not to acknowledge the negativity in his narratives against the administration and person of President Muhammadu Buhari.

Recently, Ortom went on air and typically made another desperate attempt to shift the blame for his failure to provide credible governance for his people unto President Buhari, aimed as usual, at achieving dubious political goals.

Shamelessly riding on the back of the most gratitious insult to democracy and civil gavernance, wrapped in the crude cover of crass political opportunism and breathtaking ineptitude, Ortom, the self-appointed enemy of Buhari, has made it his sole vocation to point at the President for his decadence and decay his six-year rule has wrought on Benue State.

Samuel Ortom is today heading an administration that had acquired the reputation of being the worst in the history of Benue State in terms of any capacity to generate confidence in achieving credible goals.

This man, who could still not improve the lives of the people that elected him despite collecting billions of Naira Salary Bailout, Excess Crude Loan and Budget Support Loan in addition to monthly federal subventions amounting to over N700 billion, is today the one judging and assessing a president against every fair standard of judgment, and even against the failures and abuses the nation is having to pay for from the previous administration of his own Peoples Democratic Party (PDP).

Instead of working to improve the people’s lives, Ortom had sacked thousands of workers and still dubiously claims the salary bill of Benue had climbed to over 7 billion Naira.

Ortom ought to have been ashamed that the state he governs has stagnated in terms of policy framework and development; no sector of the state economy is working; state government workers are owed several months salary arrears, primary school teachers and local government staff are owed for over one year, while pensioners are still owed for over 32 months, not to mention their gratuities.

Ortom’s record of failure is so glaring that when the people of Benue say they bear the brunt of bad or poor governance more than other Nigerians, they speak from a solid experience of living under a leader who is inept and corrupt.

Today the only functional industry in the whole of Benue State is the Oracle which is owned by Ortom and about two others operating in the cover names of his cronies.

All malls, shops and plazas across the state have been dubiously acquired by Ortom, as usual using front men to operate them.

Ortom is on record as having created and armed a militia in the guise of Livestock Guards which he unleashes at the slightest of pretences to terrorise and extort the public, to intimidate opposing voices as well as stage manage fake herdsmen attacks to create an avenue for the plunder of Benue resources.

For the past seven years, Ortom has not initiated, completed and commissioned even a single development project across the state and has not attracted a single direct investment to Benue.

Even the fraud about the construction of a cargo airport in the state through which Ortom channelled enormous resources meant for the development of the state to his family, friends and lackeys, most of whom front for him, had long been abandoned and idea consigned to the dusty history room.

Ortom, it appears, is yet to recover from the shock of 2015, when Nigerians offered a verdict over their future and laid the foundations of the collapse of that citadel of poor governance, indifference, insensitivity and unprecedented plunder that was the PDP 16-year administration.

Obviously too, Ortom is still reeling from the shock of that 2015 election, when victory of popular will triumphed over desperate attempts to subvert it, as Nigerians comprehensively rejected an administration by a party that had run its course by voting massively for an end of poor governance; to leadership that ran away from threats, and to leaders who remembered the people only when they needed votes.

A vast majority of Nigerians celebrated the outcome of those elections as pre-eminently a victory for the people of Nigeria, except of course, Ortom and his likes, whose quest for wealth acquisition and personal ambition remained tied to the continuation of decay and destruction of a nation and a people.

Against the wish of the Ortoms, in 2015, Nigerian voters trusted General Buhari to lead the nation through and out of its limitations, into a future in which they will pursue livelihoods in a united Nigeria whose resources will be protected by leaders.

The aim of the Ortoms, obviously unhappy that with Buhari at the helm, corruption, which they thrive in, will be arrested, contained and eliminated, is to halt the war against corruption and reverse the populist tendencies of his government is not in doubt.

That hardships that have been building up since 1999 resulting from the massive looting of the treasury and downright theft of the national resources by Ortom’s Party are being seized upon by the forces of reaction to embarrass the government and give it a bad name is therefore clearly not in doubt.