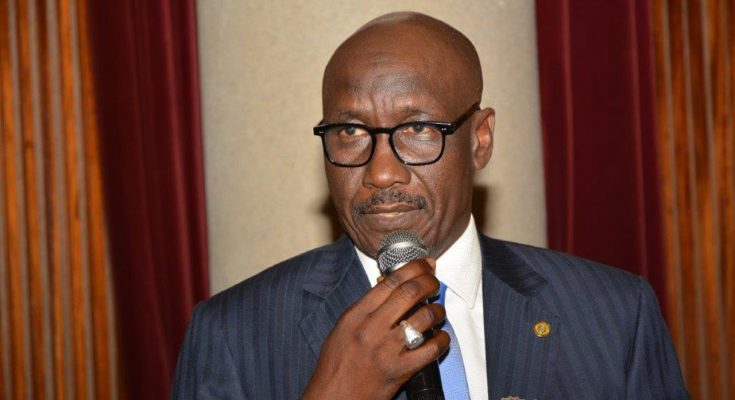 Why Smuggling Of Petroleum Products Persists — NNPC Reveals, As Mele Kyari Allege Threat To His Life

The Group Chief Executive Officer (GCEO) of the Nigerian National Petroleum Company Limited (NNPC Limited), Mele Kyari, has said that the company cannot be blamed for smuggling of petroleum products across the Nigerian borders, disclosing that his life is already being threatened for working to reform the nation’s oil sector.

He put the blame squarely on petroleum subsidy regime in the country, saying that it was responsible for the high rate of smuggling of the products.

Mr Kyari, while speaking at a summit organized by the House of Representatives Committee on Anti-Corruption, said as long as there is subsidy, smuggling and round-tripping will persist.

He stated that NNPC Limited cannot be held accountable for the matter.

“As long as arbitrage is there, you will continue to have these issues and you cannot hold NNPC accountable for it because it is a value chain that involves everything and everybody,” he said.

He also revealed that there are threats to his life by those who are opposed to changes caused by the implementation of the Petroleum Industry Act.

“There is threat to life, I can say this, I have several death threats but we are not bothered about this, we believe that no one dies unless it is his time.

“But this is the cost of change, when people move away from what they are used to something that is new that will take away value and benefit from them, they will react,” he said.

One thought on “Why Smuggling Of Petroleum Products Persists — NNPC Reveals, As Mele Kyari Allege Threat To His Life”