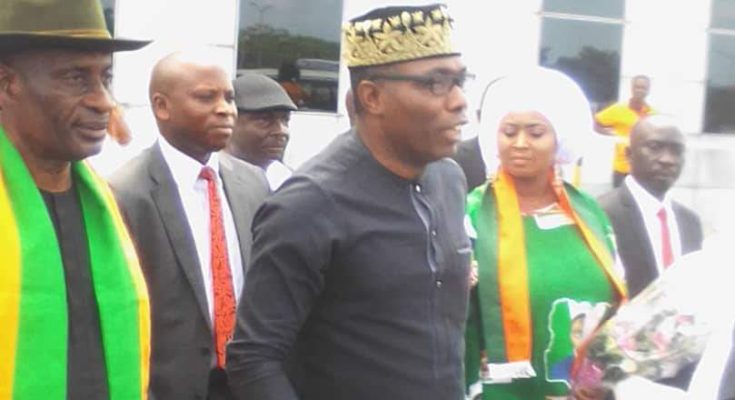 Bayelsa State Governor, Senator Douye Diri has expressed gratitude to the Presidential Candidate of the Social Democratic Party (SDP), Prince Adewole Adebayo for supporting the state with a donation N10 million to cater for flood victims.

Governor Diri, who gave the commendation during a courtesy visit by the SDP candidate on Tuesday, called on the federal government to fund the Niger Delta Development Commission (NDDC) adequately just as it has been funding the North-East Development Commission to enable it effectively respond to natural disasters.

Represented by his Deputy, Senator Lawrence Ewhrudjakpo, the Governor desscribed the effect of the flood as unimaginable, noting that the state would require a lot of resources for the recovery process in terms of physical infrastructure and human resources that have been lost to the flood.

A statement by the Deputy Governor’s media aide, Mr Doubara Atasi, quoted the Governor as saying that the federal government has been very swift at funding the North-East Development Agency in response to the flood in the north to the detriment of other flood ravaged states in the Niger Delta. 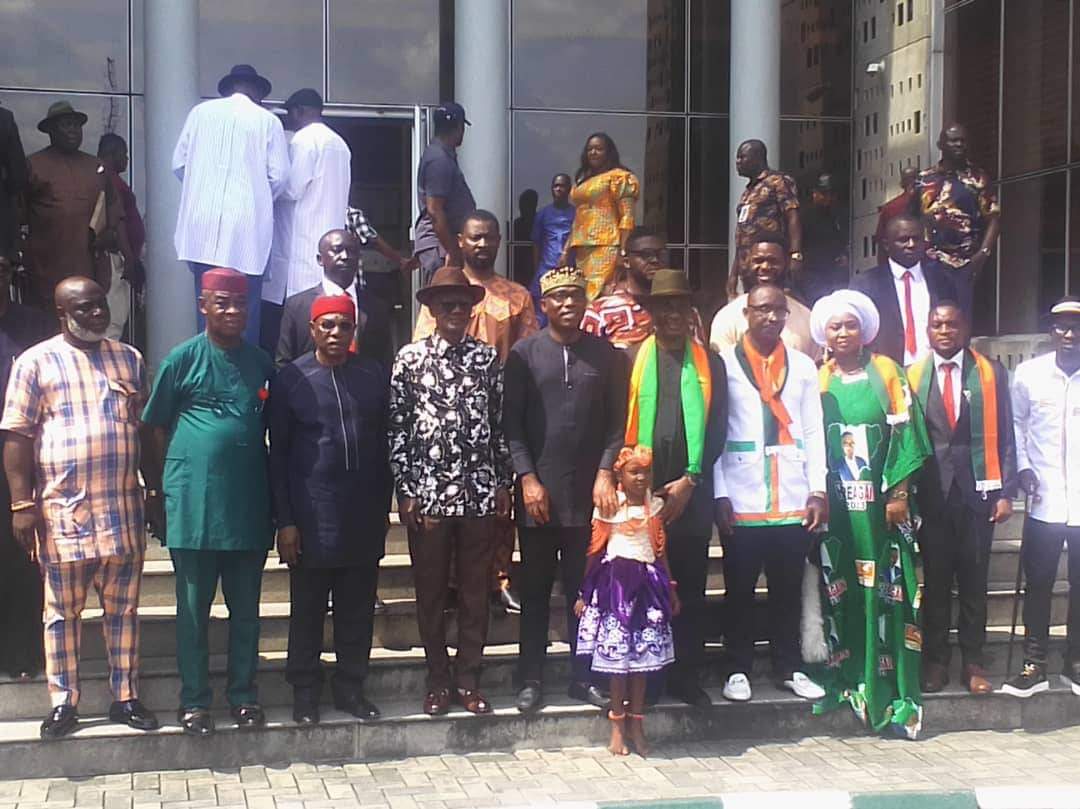 According to Diri, for the fact that NDDC has been kept inept, docile and comatose, speaks volumes of the insensitivity on the part of the federal government.

He expressed regret that the NDDC which ought to be an interventionist agency had become highly politicized.

The governor described as contradictory and nepotic the situation where the NDDC established many years before the North East Commission has a sole administrator to run its affairs for a long time now, while its North East counterpart has a board, fully funded and functional.

Diri noted that what state has so far received from the federal agencies were some non-food items, stressing that all the relief materials airlifted by the Nigerian Air force to the state was procured by the Bayelsa government.

He also added that the people of the state were suffering from high prices of petroleum products and foodstuffs that had skyrocketed due to the damaged road infrastructure of the East-West road thereby making the state barely inaccessible.

His words:”We want to use this opportunity to reiterate our call on the Federal Government which has been very swift in funding the North East Development Commission to respond quickly to flooding in states in the north.

“We believe such should also be done for the Niger Delta Development Commission (NDDC). The fact that the NDDC had been left comatose for so long is an insensitivity on the part of the Federal Government.

“The NDDC is an interventionist agency that had been so unduly politicized and had become the fishing port for ministers of the federal Ministry of Niger Delta Affairs.

“We want to thank you for this auspicious visit at this time. All the major tributaries empty their volume of water in Bayelsa which lies about 1.5 metres below sea-level.

” We are very happy you have come to see things for yourself, because the magnitude of damage here is not only colossal but very daring and unimaginable. It would require huge amount of resources to recover in terms of infrastructure.”

Speaking earlier, the Presidential candidate of the Social Democratic Party (SDP), Prince Adewole Adebayo said N10 million was donated as part of intervention efforts to assuage the impact of the natural disaster that ravaged the people for the past few weeks.

While expressing sympathy with the government and people of Bayelsa over the level of devastation caused by the natural disaster, the SDP presidential candidate said he was saddened by what he saw while coming into the state.

Alluding to the recent comments by the Humanitarian Affairs Minister, Sadiyat Farouk about Bayelsa not being among the top ten most flood impacted states, Prince Adebayo condemned what he described as stay-at-home analysts who make comments on things they have not seen.

ALSO READ  EFCC Opens Up on Details of 2021 Recovered Funds

He said the resources at the disposal of states particularly in the Niger Delta were grossly inadequate to tackle challenges bedeviling them and advocated that the derivation principle should not be anything less than 50%.

He said:”In view of the wealth of resources coming from here l was expecting to see federal agencies making some interventions concerning the flood. As a way of our intervention, we are making a modest contribution of N10 million.

“As a way of according a national recognition to the issue of flooding, a national appropriation bill should be put in place to address this problem.

“The debate about restructuring is not academic nor political but a pragmatic common sense. It stands to reason that we should not take away all the resources from those who can immediately intervene and put it in the hands of people who are too far away from the reality on ground.

“So l see no reason why derivation principle should be less than 50%. And this is not a pro-Bayelsa statement but a pro-common sense statement.” he said.