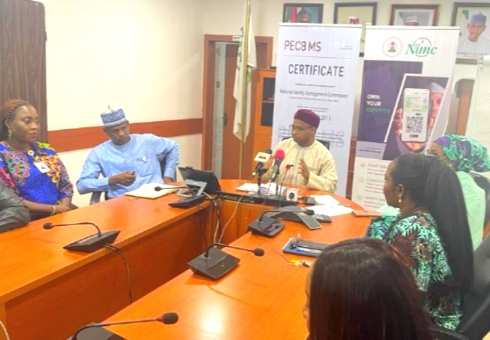 No fewer than 89 million Nigerian population has been captured in the ongoing National Identity Number (NIN) enrolment, the Director General of the National Identity Management Commission (NIMC), Aliyu Aziz has revealed.

He disclosed this in Abuja, Nigeria at a Press Conference to mark the 4th National Identity Day celebration held every 16th September.

According to Aziz, though the commission has successfully enrolled 89 million people, the commission is taking the enrollment campaign to the nooks and crannies of the country by engaging traditional institutions

“The 89million are the mainstream people so there are still remaining the local people in village, Petty traders, market poeple and artisan in rural areas across the country who are yet to be enrolled,” He emphasised

The NIMC Boss said to achieve this, “one of strategies is that we are partnering with the traditional instructions and leaders to create awareness on NIN enrolment at the grass roots because NIN is the right of everyone.

“You know that Identity is a tool for empowerment and greater use of digital Identity can help bring development and coordinating for better delivery of government services” Aziz said.

He also disclosed that modifications such as change of name, change of date of birth and others that are within the law should not take more than 48 hours to effect.

“With our system modification of names and dates of birth within the law (5yrs) shouldn’t take more than 48 hours. Those that take longer is because we have to consult with other relevant stakeholders before we effect the modification.

“Though we have some that you can see clearly that it is an error from entry, like in a case where the child is three years younger than the mother. So we advise that any one who is not literate that is coming for enrollment should come with one literate person,” the NIMC Boss stressed.

Aziz spoke on the commission’s enrollment programme, “There are three pillars based on the Identity programme : effective design to ensure inclusion creating a robust and secured and accuracy with our partnering agencies capturing data and instructional frame work .That was the reason we launch the tokenization system to ensure privacy of data.

He urged the media to help educate the people at the grassroots across the country.