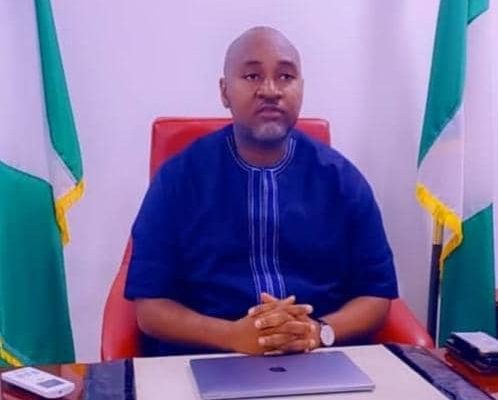 The Kano state chapter of the African Democratic Congress (ADC) has declared support for the suspension of the party’s presidential candidate, Dumebi Kachikwu by the National Working Committee on grounds of sabotage and anti-party activities.

Kachikwu’s suspension was announced Friday in a statement signed by the party’s Deputy National Chairman (Politics), Bamidele Ajadi, which said the presidential made “false, misguided and defamatory video” about Ralph Nwosu, national chairman of the party and some other national officers.

“The NWC viewed with great concern the baseless and defamatory video made, published and circulated by Mr. Dumebi Kachikwu, which was intended to disparage and impugn the integrity and image of a peaceful and transformation-oriented African Democratic Congress and its national officers,” the ADC’s statement reads in part.

Declaring support for the action, chairman of the Kano state chapter of the party, Musa Ungogo said it is long overdue and accused Kachikwu of series of gross misconduct and vowed to vowed to expose “his serial lies, deception, corrupt practices and ugly standing in society. “

Ungogo in the statement accused Kachikwu of causing dangerous divisions in the party by and inducing few unscrupulous state chairmen, mostly inconsequential with sums “ranging from N250, 000 to spread falsehood to further a certain dubious political agenda pursued by the ex-presidential candidate.

“Kachikwu’s agenda of destabilization, deceit and lies began to manifest soon after his return as winner of the presidential primary and culminated with his recent contemptuous declaration of war against the party leadership, blatant breach of party constitution, arrogant disdain for democratic traditions, corrupt inducement and incitement of needy state chairmen against the party, its values and ideals.

“Those of us who defied his actions and refused to sell our conscience in return for stipends by choosing to remain loyal to the party, became Kachikwu targets using the attack dogs conscripted from some states.

“The calumny is glaring in Kachikwu’s renewed desperation to destabilize the party, ensure it remains confused, bewildered by causing myriad problems a few months to general elections to suit the interest of his paymasters.

“This unfortunately is the natural consequence when parties are trapped into making allowances for Yahoo boys to buy their ways to positions of influence.

“Kachikwu’s suspension is certainly good riddance to bad baggage and for the avoidance of doubt, those of us with our integrity intact, would not hesitate to expose his doubtful moral image bordering on corrupt practices, international and local dirty records if he persists in frustrating the effort of the party leadership to reposition the ADC in the context of the coming elections season”, the Kano state chairman warned.