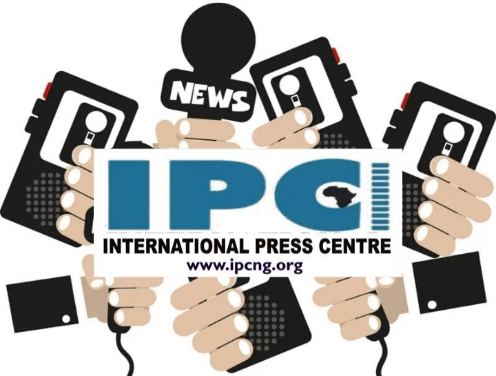 Stakeholders in Nigeria have agreed that it is imperative to establish a National Response Mechanism (NRM) to address the issue of Safety of Journalists (SOJ) in the country in line with global best practices.

According to a communique issued at the end of a recent one-day Stakeholders’ Roundtable On National Response Mechanism On Safety Of Journalists In Nigeria held in Abuja, the Roundtable brought together twenty-five participants from civil society organisations, non-governmental organisations, the media, media associations and regulatory bodies, among others.

The event was organised by the International Press Centre (IPC) Wednesday August 24, 2022.

As revealed in by the communique releaseed on Thursday, September 15, 2022, by the Program Officer at the IPC, Stella Nwofia, the event focussed on strengthening mechanisms as well as creating strategic actions to methodically mitigate the various threats to the safety of journalists amidst general violation of press freedom of expression and press freedom, and the shrinking of the civic space in Nigeria.

It was organised under the project titled “Contextualising and Publicising Real Costs and Mobilising Against Increasing Violation of Media Freedom, Journalists Rights and Freedom of Expression”.

Two presentations on “Establishing National Response mechanism on Safety of Journalists: An Examination of Global Trends” by Mr. Edetaen Ojo, Executive Director, Media Rights Agenda and “Response Mechanism on Safety of Journalists: Experience and Lessons from Engagement with Security Agencies and Government” by Mr. Mojeed Musikilu, Editor-in-Chief/Chief Operating Officer of PREMIUM TIMES Nigeria who doubles as the President of the Nigeria chapter of the International Press Institute (IPI) were made at the forum.

The follow-up discussion was done under the overarching framework of the necessity to give effect to the six thematic areas of the United Nations Plan of Action on the safety of journalists incorporating Raising Awareness; Standard Setting and Policymaking; Monitoring and Reporting; Capacity Building; Research, and Coalition Building.

At the end, the participants recommended that “it is imperative to establish a National Response Mechanism, (NRM) to address the issue of Safety of Journalists (SOJ) in Nigeria based on global best practices.

“That there should be wide engagement and consultations with stakeholders who may have important roles to play in the proposed NRM including but not limited to the Federal and state governments, media regulatory bodies, the Directorate of Information of the security and defence agencies, non-state actors such as civil society groups and relevant professional bodies, the bar and the bench, media professional bodies and associations and the National Human Rights Commission.

“The national response mechanism should be guided by comprehensive legislative framework on protecting the right to life, freedom of expression and associated rights. This should be regularly reviewed to ensure that the safeguards and enforcement machinery it provides are robust and effective in practice.

“That the NRM should secure the buy-in of the law enforcement agencies and for redress and protection mechanisms for journalists who may be victims of harassment or assault.

“That there should be special consultation with the National Council of Women Societies, Nigeria Association of Women Journalists (NAWOJ), and Ministry of Women Affairs on the specific dangers and harassment faced by female journalists particularly when on the frontlines.

“That in outlining the mandate of the NRM consideration should be given to investigations into killings, attacks, and ill-treatment of journalists, which must be prompt, effective and impartial, and subject to public scrutiny.

“That there should be sensitisation and awareness-raising on the necessity for the NRM”, the Communique concluded.

The participants appreciated the Shehu Musa Yar’Adua Foundation, Ford Foundation, Luminate and OSIWA for supporting the workshop through the funding of the project on ‘Contextualizing and Publicizing Real Costs & Mobilising Against Increasing Violation of Media Freedom, Journalists Rights and Freedom of Expression’.