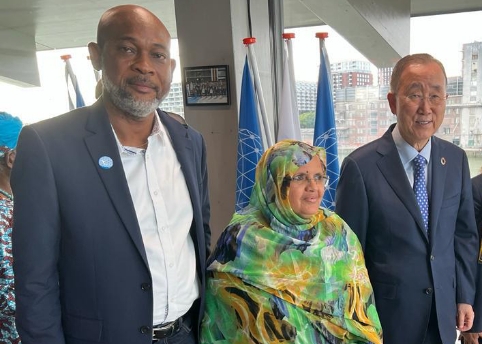 In continuation of his avowed determination to explore all developmentt avenues to bring the Local Governments and Councils in Nigeria up to speed, with international development benchmark, the National President of the Association of Local Governments of Nigeria (ALGON), Hon. Kolade David Alabi has joined other high powered delegation, top Nigeria technocrats, development expert, multinationals and seasoned international investors to Rotherdarm, the Netherlands, on the sideline of the Africa Adaptation Summit Friends of GCA High-Level Dialogue for COP27. 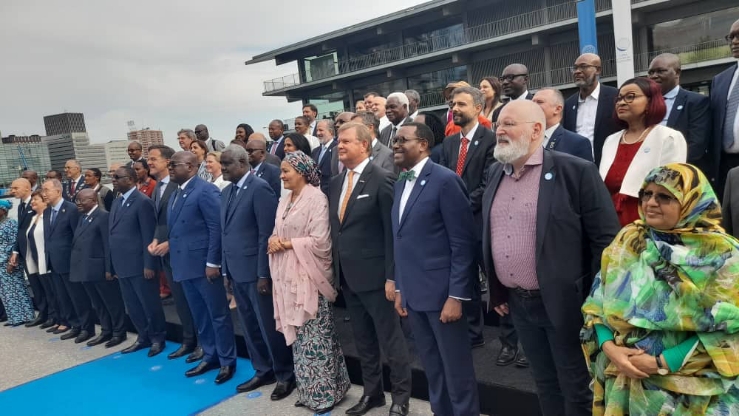 The Africa Adaptation Summit is convened specifically to lay the foundation for an adaptation breakthrough for Africa at COP27 of which the ALGON National President, upon his recognition that Nigeria is among the frontline of a climate emergency which it did not create, has expressed optimism in leveraging the opportunity provided by the event to present the concerns and challenges of the local ecosystem with a view to finding solutions.

It will be recalled that available assessment report has highlighted Africa’s exposure to the impacts of climate shocks, which will affect millions of people across the continent of which Nigeria is a major risk zone given that these shocks are being compounded by indicators like food, fuel, and other fiscal crisis exacerbated by the Ukraine war, global hardship and the post multi-facetedd impacts of the Covid-19 pandemic.

It is on records that expert has continued to emphasize the need of this Summit, saying that now is not the time to neglect climate action. 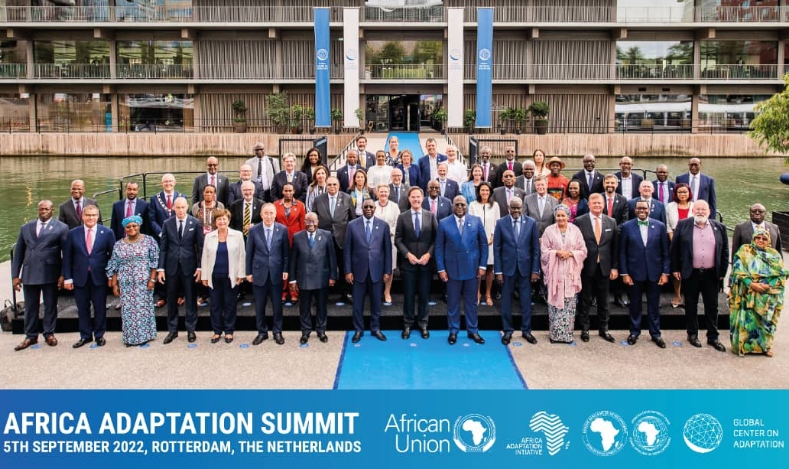 According to a statement issued by ALGON media Office, it is therefore anticipated that the Hon. Alabi led ALGON will optimise and leverage on this unique window to harness climate-resilient solutions quickly and at scale.

“Good enough Nigeria is at the center of this conversation with it’s critical stakeholders in attendance.

“It will also explore from the event how the adaptation summit will facilitate the generation of significant opportunities for job creation in the rural level, ensure increases in productivity for GDP growth and poverty reduction”, the statement added.

According to the ALGON National President, “The Summit is fundamental and has many transformational capacity for Nigeria and the African continent and that is why I considered it apt and prompt to ambush this opportunity for national gains.

“It is my hope that some investment opportunities in adapting to the hotter, harsher, and more unpredictable climate will be indispensable to unlocking our economic opportunities.

“What Nigeria needs, moving forward, is the persistent collaboration of the three Tiers of government, including the National Assembly to ensure rich legislation, political will and robust engagement that will affect meaningfully all sectors involved.

“I am optimist that Nigeria will move forward rapidly to embrace it’s own market share in resilient and green growth pathway by harnessing the powerful synergies between adaptation, growth, and development available”, he said.

The landmark ‘African COP’ at Sharm El-Sheikh, GCA, in collaboration with the African Union, African Development Bank, International Monetary Fund, Africa Adaptation Initiative, and the Climate Vulnerable Forum, is convening the Africa Adaptation Summit to lay the foundation for an adaptation breakthrough for Africa at COP27.

Many development expert have described the event as one which represents a historic opportunity for the global community to deliver on the Glasgow Climate Pact and the need to bridge the multibillion-dollar a year gap in adaptation finance for Africa and this excites Nigeria.

The media office noted that “ALGON under the leadership of Hon. Alabi is catalyzing new coalitions of partners and initiatives to accelerate action on the ground across Nigeria and Africa in line with the promise and campaign promise of it’s National President David Alabi upon his re-election.

“The Summit assembled global leaders from across governments, international organizations, multilateral development banks, the private sector, mayors, civil society, youth leaders, and other stakeholders to raise the ambition on adaptation action for the continent.

“The Summit will also provide an opportunity to catalyze new coalitions of partners and initiatives to accelerate action on the ground across Nigeria, which is a major player, and other Africa Countries thereby keeping up the momentum and elevating ambition on adaptation ahead of COP27”, the ALGON media office added.

ALSO READ  2023: How We Want To Tackle Vote-Buying - INEC Reveals