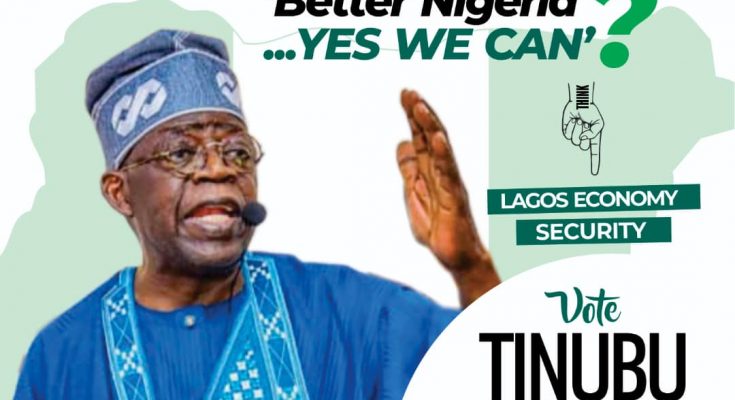 …Seeks Justice on all Unresolved Murders, Including Killing of Deborah Samuel

Contents show
1 …Seeks Justice on all Unresolved Murders, Including Killing of Deborah Samuel
1.1 Kindly Share this story via:
1.2 Like this:

A long-standing alliance of hundreds of youths’ and students’ organisations within and outside Nigeria, advocating a better country under the aegis of Coalition for A Better Nigeria, have thrown their weights behind the ongoing nationwide protests by students of the Nigerian universities who have been at home for months due to the inability of the Federal Government of Nigeria and striking university lecturers to resolve their differences over non-fulfilment of agreement the government reached with Academic Staff Union Of Universities (ASUU).

According to a statement signed by Comrade AWA Bamiji, the National Coordinator of the Coalition, the umbrella body of groups that are pro-Asiwaju Bola Ahmed Tinubu presidential ambition, stated that they are seriously worried about the ongoing six months’ Nationwide strike of Academic Staff Union of the Universities (ASUU).

The body which hinted that it is strategising for possible reinforcement of the ongoing students’ protests, which is coordinated by the National Association of Nigerian Students (NANS), and demanded for justice in all unresolved murder cases in the country, including that of the Deborah Samuel of the College of Education in Sokoto.

The statement reads: “We, Coalition for A Better Nigeria, which is a long-standing alliance of Hundreds of Youths’ and Students’ Organisations within and outside Nigeria, advocating A BETTER NIGERIA, have been seriously worried about the ongoing six months’ Nationwide strike of Academic Staff Union of the Universities (ASUU), which has greatly distorted the Academic Calendar of the Nigerian Universities and we therefore unanimously commend the Nigerian Students for coming out to protest this stalemate, deadlock and academic impasse. Upon all frantic efforts made so far by the ASUU, Federal Government and National Association of Nigerian Students (NANS) to resolve this logjam in good time, it is not yet Uhuru!

“While we are seriously appealing to the Federal Government to take this matter serious more than ever before, we must also remind the ASUU members of their inalienable right to get their 6 months’ salary paid to them for work not done, which will be to the disadvantage of the Nigerian economy.

“This simply means, the tax payers’ monies are being used to pay for the zero service being rendered by the members of the Academic Staff Union of the Universities.

“The main Victims of the crisis are the Students, Students’ Communities and Society at large.

“The summary of this is that while the Federal Government is trying to meet up with a reasonable number of times on the 2009 agreement which it made with the ASUU, it’s also important for the ASUU to soft pedal for the time being, if it really has the interest of the above Victims at heart.

“Otherwise, we may need to come in fully and join hands with our NANS Comrades to quickly unravel this unpalatable situation. “Enough is enough” and “A stitich in time saves nine””, the Coalition stated.

On the killing of Deborah Samuel, the Coalition said that “Whlie we condemn blasphemy of any kind in strong term, we must not at the same time take law into our individual hands or encourage jungle justice and it is regrettable that this is in vogue today.

“We sympathise with the breaved families, friends, associates and the Government of Sokoto State on the beating and burning to death of a 200 level Student of Shehu Shagari College of Education, Sokoto State, Deborah Samuel, which occured last Thursday in broad daylight.

“While the 2 holy books, Bible and Quran, preach love, peace, and harmony, some people with ulterior motive always go to the extreme in the name of religion.

“The brutal killings are just on the increase in Nigeria simply because nobody has ever been logically prosecuted and punished for such inhumane treatment.

“Therefore, it is high time we brought this to an end in the interest of peace”, the statement concluded.