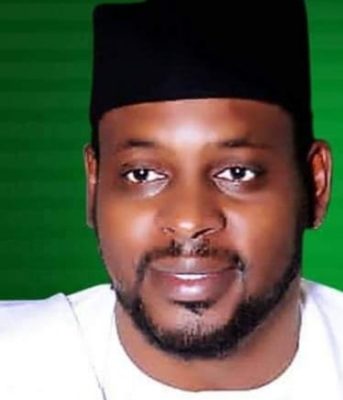 The aspiration by Balarabe Rufa’i, a young generation activist to the governorship of Kano State under the African Democratic Alliance (ADC) is said to be changing the permutations across all the political parties in favour of the ADC, a hitherto largely unrecognized party in Kano.
Rufa’i, a chieftain of the National Youth Council of Nigeria and leader of the formidably influential Coalition of Northern Groups joined the Kano governorship race, according to him, to make the difference.

He said politics is an honourable calling that must not be allowed to be toyed with by people who are ill-prepaired and ill-equipped to provide meaningful leadership in the context of the current fast-phased global trend.

“If Nigerians and in particular the people of Kano state wish to hear the truth, they should be told that for too long, they have staked their fortunes in the hands of a handful few who are apparently ill-prepaired and ill-equipped to lead except for their personal quest for power and acquisition of fantastic wealth.

My main motivation for seeking the ADC governorship ticket is the realisation that younger northern Nigerians have a major role to play in rescuing our region from the margins of irrelevance, impotence, inconsequence and decay in the context of the Nigerian nation which currently runs on the basis of values and practices that we need to understand, adapt to or create alternatives that suit our cultures, circumstances and interests,” Rufa’i said.

Affirming the support of women and the youth of Kano State to the Rufa’i governorship project, Hajiya Shamsiyya Salisu, Chairperson, Women United for Change and Good Governance (WUCGG), noted that the aspiration of such focused young people like Rufa’i is a definite reassurance that the future of Kano youth and women could after all be secured.

ALSO READ  Nigeria: A Nation At The Mercy Of Political Party Delegates

“At the risk of overstating the obvious, we can safely and proudly say that with the singular involvement of Rufa’i, the ADC, a hitherto obscure party in Kano, is today making a mark with every significant component of Kano, society, making steady inroads with women and youth and its presence is presence felt among the Kano intelligentsia, community leaders, students in higher institutions as well as the business community,” she said.

The versatile women leader hinted also that Rufa’i’s presence in the field has apart from upping the popularity rating of the ADC, also rattled other political opportunists vying for the same position across all political parties in the state.