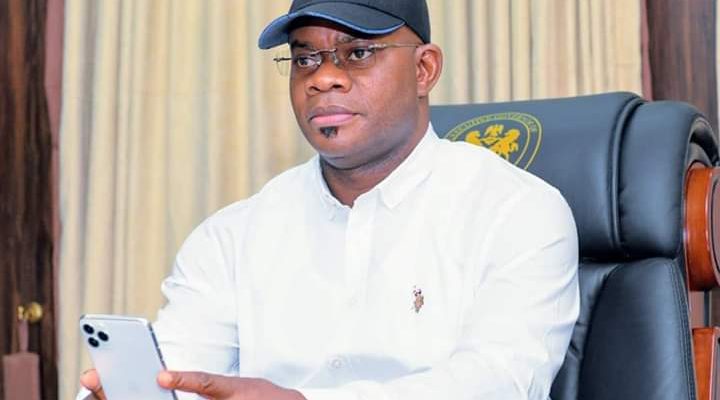 A group of patriots under the aegis of the National Alliance For Democratic Governance (NADG), a pro-democracy group and accountable governance advocate, has condemned what it described as “unwanted attacks on the founder and leader of Movement for the Actualisation of Sovereign State of Biafra (MASSOB) and the Biafra Independent Movement, Chief Ralph Uwazurike over his support for the presidential ambition of Governor Yahaya Bello of Kogi State.”

The group wondered why Igbo politicians who have no respect for their opinion leaders should be supported while those outside Igbo land who honoured them with consultation visits should be disregarded by South East leaders whom they visited just because an Igbo son or daughter, who pretends that they do not exist, is contesting for elective position.

The NADG therefore urged Ohanaeze Ndigbo and others who were critical of the action of Chief Uwazurike to properly guide and advise Igbo politicians to respect their opinion leaders, market women and youth leaders if they need their support.

The group in a statement signed by its National Coordinator, Comrade James Ezema, said it was “unfortunate that a supposed apex Igbo socio-cultural organisation, the once revered Ohanaeze Ndigbo, has now turned itself into a political regulatory organisation for the South East and now infringing on people’s fundamental rights to associate.

“In as much as Ndigbo, ahead of the 2023 general elections, are agitating for a Nigerian President of Igbo extraction as part of a visible remedy for the long years of marginalisation of the South East in particular and the old eastern region as a whole, it is undemocratic for Ohanaeze Ndigbo, or any individual for that matter, to decide for another Igbo son or daughter whom to associate with.

“If indeed Uwazurike has long ago lost relevance in Igbo land as the group claimed, why is Ohanaeze Ndigbo complaining about such a person?

“The Ohanaeze Ndigbo has, by its outburst against Chief Uwazurike, manifested the age-long lack of understanding of grassroots politics by most Igbo politicians who disregard their home front in pursuit of national political relevance.

“How many Igbo sons who are contesting for President have visited major Igbo stakeholders like Uwazurike and others?

“Has any Igbo presidential aspirant consulted international figures like former Secretary-General of the Commonwealth of Nations, Chief Emeka Anyaoku?

“We have many prominent Igbo sons like the former chieftain of the National Democratic Coalition (NADECO), Chief Ralph Obioha, a staunch Igbo defender like Chief Willy Ezugwu, who is a traditional ruler and the Secretary General of Nigeria Political Parties (CNPP) and the National Coordinator of the South East Revival Group (SERG), among several other ranking Igbos opinion leaders. Who among the so-called Igbo aspirants visited them in the course of their consultations?

“Recall that Governor Yahaya Bello recently visited Chief Uwazurike at his country home in Imo State to seek his support for Presidency. How many of those presidential aspirant of Igbo extraction have visited Uwazurike to inform him of their plans to run for president?

“It is lack of understanding of grassroots politics that has led to such gross neglect of Igbo opinion leaders by presidential aspirants of South East extraction, yet when honour given by outsiders to these opinion leaders is returned, groups like Ohanaeze Ndigbo will kick against them rather than properly advising Igbo politicians to remember their home front if Igbos want to be united in reclaiming their lost grounds in the post-civil war Nigerian politics.

“Why should Chief Uwazurike, who merely reciprocated a gesture by Governor Yahaya Bello, be vilified as if Ndigbo are not seeing Yoruba presidential aspirants consulting their traditional rulers and opinion leaders in the South West while Igbo aspirants neglect their own?”, the group said.

Like Loading...
Previous PostBREAKING: Nigerian Wins Reelection As Councillor in UK Next PostUntold Story of What Transpired Between EFCC and Obi Cubana