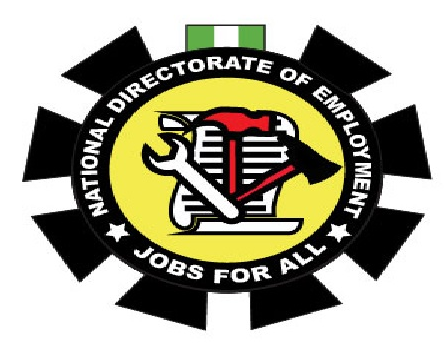 As part of efforts to promote women participation in job creation and poverty reduction in the country, the National Directorate of Employment, NDE, through its Women Employment Branch, WEB, has commenced the training of 130 women in Oyo state on various demand driven skills and income generating activities. 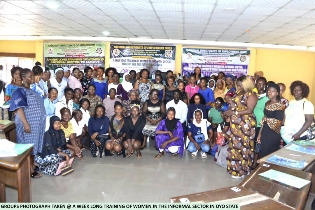 The 5-day training which comprises of Make- up, Gele, Event Decoration, Tie and Dye, Organic Products, Stone Bead Work and Perfumery according to the agency was designed to reduce unemployment, make women reliant and above all fulfill the mandate of the NDE: which is to create jobs.

Speaking at the flag- off ceremony of the event, the Oyo NDE State coordinator, Mrs. Olayinka Olayemi, who represented the NDE Director- General, Mallam Abubakar Nuhu Fikpo, charged the beneficiaries to see the training as another giant stride towards making life better for themselves, their families and the society at large.

Also speaking, the Director, Small Scale Enterprise, Mr. Sunday. D. Apakasa, who was represented by Mr. Joshua Bukar, assured that the NDE would continue to impact relevant skills to women across the country and urged them to make judicious use of the golden opportunity to become great entrepreurs and employers of labour .
The Zonal Director, South-West Zone, Mr. Adebanjo Awosanya, who was represented by Miss. Funmi Kolajo, noted that being an entrepreneur is a great gain stressing that there is need for value re-orientation for people not to wait for white collar jobs but to acquire demand driven skills and to turn it to a lucrative business venture.

The Head of Oyo NDE Small Scale Entreprise Department, Mrs. Steve Ogundipe, urged the trainers to give the beneficiaries the best so as to tackle the menace of unemployment and poverty which has remained an unnerving challenge in the country.

The head of Oyo NDE Women Employment Branch, WEB, Mrs. Folashade Ogunleye, charged the beneficiaries as nation builders to strive harder to take themselves out of the labour market and help in growing the nation’s economy.