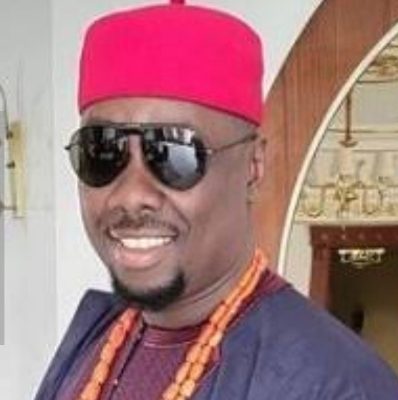 Contents show
1 By Ebiowei Dickson
1.1 Ebiowei Dickson is an investigative reporter with Pan-African News Agency.
2 Kindly Share This Story With Friends via:
3 Like this:

The last may not have been heard of what transpired between the operatives of the Economic and Financial Crimes Commission (EFCC) and a popular socialite and business man, Mr. Obinna Iyiegbu widely known as Obi Cubana.

Recall that late last year, the socialite was arrested by the anti-graft agency for alleged crimes bothering on tax fraud, currency abuse and money laundering.

After spending about three nights in the custody of the commission, the business man was released and nothing has been heard of his case or the nature of crimes committed.

However, after some months of digging and investigating scoops emanating from the story, this reporter can now tell Nigerians what actually transpired between the socialite and the anti-graft agency.

Before his arrest, the United States Government had alerted the nation’s anti-graft agency, EFCC about some large sums of money found in bank accounts linked to Obi Cubana.

Unknown to Mr. Cubana, the America’s Federal Bureau of Investigation (FBI) has been trailing his financial transactions for months but it assumed a different dimension when Nigerians started raising eyebrows concerning his source of wealth.

When the US agency shared the intelligence with it’s Nigeria’s counterpart, the EFCC, the agency immediately swung in to action by inviting the businessman for interrogation in November last year.

But instead of staying true to it’s name as a leading anti-graft agency, some corrupt officials decided to monetize the whole thing by asking Mr. Cubana to pay N450 million to have the case against him swept under the carpet.

After four days and three nights in EFCC custody, Mr. Cubana agreed and instantly paid the sum of N50 million before he was released on the 4th of November, 2021.

Nevertheless, the commission went and made mockery of itself by taking group pictures with the celebrity which the commission later denied following a backlash from the public.

It is however unclear whether the remaining balance of N400 million was later paid to the commission but following the silence and inaction of the agency concerning Obi Cuban’s case, your guess is as good as mine.

In his first interview with popular broadcast journalist, Mr. Daddy Freeze, here is what Cubana said after his release.

“I was in detention for four days and three nights. I didn’t feel bad because I knew the agency would do a thorough job and if I am cleared, I’d be let go (sic). There was no witch-hunt, nobody was after me.”

In similar vein, haven been frustrated by the EFCC, the American Government decided to engage the National Drug Law Enforcement Agency (NDLEA) to continue with the investigation.

That was why the NDLEA invited Mr. Cubana for interrogation January this year.

In an article entitled: “Obi Cubana and the Drug Pushers,” published in the Punch Newspaper of January 17, 2022 by Tunde Odesola, he said “the National Drug Law Enforcement Agency quizzed 46-year-old internet celebrity, Obinna Iyiegbu, aka Obi Cubana, over the payment of THREE different tranches of money by drug pushers convicted in New Delhi, India; Kuala Lumpur, Malaysia; and Lagos, Nigeria, into his various bank accounts.”

“From my findings over the weekend, Cubana came under the radar of security agencies when foreign intelligence services, in partnership with their Nigerian counterparts, established that three drug convicts separately paid various sums of money into his accounts.”

“A highly placed security source disclosed to me that, “He (Cubana) has been under secret investigations for months based on what our foreign partners shared with us concerning the details of payments into his accounts by convicted drug pushers.

“Coincidentally, the NDLEA was the agency that arrested one of the drug pushers at the Murtala Muhammed International Airport, Lagos, in 2016, securing conviction against the drug pusher in 2017.”

Cubana inherited no fortune from his parents, just like his trusted 40-year-old second-in-command, Pascal Chibuike Okechukwu, aka Cubana Chief Priest, who was a shoemaker in Aba, Abia State, with his father, a few years ago.

However, Cubana may be claiming innocent, but his association with the likes of Afam Emmanuel Mallinson Ukatu, a drug baron with 103 bank accounts who was recently napped by the NDLEA haven been on it’s wanted list for months is a source of concern as many young people across the country are looking up to Obi Cubana for mentoring.

If Mr. Cubana is allowed to move in to politics with many uncleared allegations hanging around his neck, what message would that send to our foreign partners about the country’s commitment to the fight against crimes, money laundering and corruption?

Even if they are to sweep the case under the carpet, it should not be this particular one that emanated from the United States Government with much international attention.

Similar thing happened in Russia when Mikhail Khodorkovsky who was alleged to have made his money through some inexplicable means but wanted to bring the slush fund in to Russian politics, the Kremlin reacted by convicting and sentencing him to jail before he ran away from the country.

He has been living in London on exile for many years and not been able to control or have any direct influence on Russian politics.

The task is now up to the various anti-graft agencies to redeem their image as their action in the case of Obi Cubana has undoubtedly raised the red flag on their commitment to President Muhammadu Buhari’s fight against corruption and how foreign governments would now start seeing the APC-led Federal Government sincerity in it’s war against corruption.

Already, the United States Government has expressed concern on Nigeria’s anti-graft war agencies, saying there were not doing enough to stop corruption and were driven by a climate of impunity and selective prosecution.

According to its annual Country Reports on Human Rights Practices, most high-profile cases being prosecuted by the agencies remain pending before the courts due to administrative or procedural delays.

If justice is not served in Mr. Cubana’s case, Nigeria may be on it’s way to proving to the world that it’s indeed, one of the fantastically corrupt nations on earth.

Ebiowei Dickson is an investigative reporter with Pan-African News Agency.