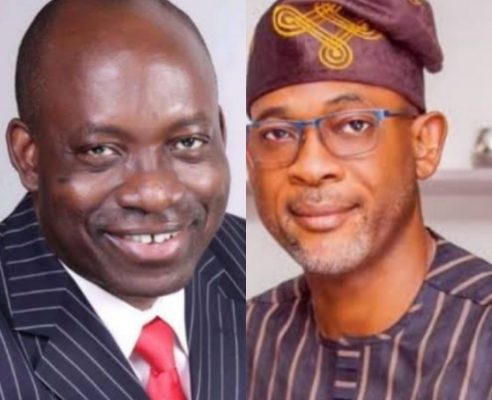 Alabi maintained that the Governor’s coming on board is a plus for the Local Governments as it would be administratively cumbersome for all tasks of government in the greatly varied localities of the ever-bustling business and commercial nerve like Anambra not to have a robust democratic system of LGAs that can contribute in driving down the policy direction of the Governor.

He said that the 21 Local Government Areas of the State “are in great expectant mode” for service delivery in line with the Governor’s campaign promises.

Alabi noted that achieving his campaign promises will be easier through a democratically elected local government Chairmen, just like the way the Governor was elected.

He Said, “Yes, to effectively deliver on his economic and development blueprint, I am convinced that Anambra will join the league of states with democratically elected local government executives.

“Looking at the industrial potentials of the cities of Anambra and market clusters, and the cumulative gaps due to effective and credible Local government administration, there is no doubt that it has become necessary to encourage the conduct of elections that will bring better service delivery and ensure closer reach to all the small rural units and communities.

“Those responsibilities, which cannot be carried substantially by agents of the state government or the usual appointees as Caretaker will be closed for optimum productivity”, Hon. Alabi said.

He argued further that “Gone are days when Nigerians were so complacent with the way the political leadership in the local governments and councils were handled.

“These days, the people are now holding their Chairmen accountable and that’s why across the state where regular elections are conducted, it has been a win-win situation.

“Indeed, Anambra State has been consistently on red asterisks in our records of none complying states on issues of conduct of elections and we are making a strong appeal to Governor Soludo to discontinue this failure and offer the LGAs appropriate rights and room to serve; this is how dividend of democracy can practically cascade down the grassroots”, Hon. Alabi prayed.

The ALGON National President went down the memory lane by saying that “of late, it has become a tradition for most Governors heeding and complying to the outcry for the conduct of Local Government elections across the States, and I can say that so far we have a substantial list of over 30 states with Benue making it 31 by this May.

“We can produce a long list of projects in most of these states where elections are regularly held. Don’t forget that such mileage was not without the sustained advocacy, lobbying and appeal to the Governors, under the painstaking efforts of the present ALGON leadership and EXCO.

“We shall continue to engage the Nigeria Governors’ Forum and so far I can tell you that the response is impressive.”

“We are also using this opportunity to appeal to state Governors and their State Assemblies to support the Autonomy of Local Government in the final process leading to the Constitution Amendment through the State Assemblies to save the rural populace of all the drift and inadequacies of legislation and laws to protect their concerns”, the ALGON National President appealled.

Hon. Alabi concluded by urging Governor Soludo to rise to this responsibility given his progressive manifesto and background to entrench a system that will complement the realisation of his policy direction in record time.

He regretted that Anambra local government elections has been abandoned like an orphan for combined 20 years and above.