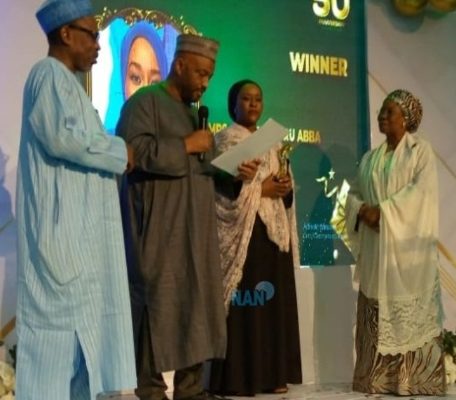 The Minister of State for Industry, Trade and Investment, Maryam Katagum has commended the Standards Organisation of Nigeria (SON) for its outstanding performance.

The minister gave the commendation at the SON 50th anniversary celebration on Monday in Abuja.

She said the achievements of the organisation became glaring when it was ranked first in the Ease of Doing Business by the Presidential Enabling Business Environment Council (PEBEC).

She said the organisation also recently received an award from the National Information and Technology Development Agency (NITDA) for Ease of Doing Business in the Information Technology Sector.

The two recognitions, according to her, are no doubt fitting anniversary gifts which will no doubt challenge the organisation to keep up its good work.

The minister commended President Muhammadu Buhari for the support given to the ministry.

“The ministry has benefitted immensely from the strong support of President Muhammadu Buhari and Vice President Yemi Osinbajo, a strong advocate of the growth of MSMEs.

“It is this leadership that has positioned the ministry to provide SON with the support that has resulted in its achievements in the recent past,” she said.

Katagum assured SON of the ministry’s continued support and guidance as it looked forward to the next 50 years.

“The organisation has over the years developed into an effective national standardisation body comparable to its peers.

“The activities of SON range from standards development, testing, measurement and calibration, training, and certification to product registration,” she said.

The minister said SON had been a useful tool in the delivery of the ministry’s mandate of facilitating trade and the growth of the industrial sector.

She said the contribution of SON particularly to the growth and sustainability of Micro, Small and Medium Enterprises (MSMEs) was commendable.

Katagum said SON had contributed immensely to the increased acceptability of Nigerian made products in the international market.

“One of the goals of this administration is that the country’s economy especially the manufacturing sector benefits fully from the implementation of the African Continental Free Trade Agreement (AfCFTA).

“The role of SON in achieving this is obvious as the assurance of adherence to internationally accepted standards which SON ensures will eliminate technical barriers to trade making our products more competitive,” she said.

Earlier, Malam Farouk Salim, the Director-General of SON said the organisation had in the last 50 years followed through trade facilitation and promotion of government’s economic policies and agenda.

He said from operating with about ten members of staff, the organisation had undergone tremendous transformation.

Salim said the organisation had undergone various transition processes including expansion to cover areas including ports inspection, duty drawback, type certification and testing among others.

On his achievements since assumption of office, Salim said he had entered into agreements with state governments for development of MSMES.

Salim further said he had ensured sustained engagement with stakeholders toward ensuring that industries in Nigeria remained competitive to secure employment.

Other milestones, according to him, are expansion of the structure of the organisation to reduce stagnation and staff discontentment and capacity development of staff through continued training.

The director-general said more than 600 staff had been trained in 2022 alone, representing about 35 per cent of the workforce.

He said his administration had also been able to equip regional laboratories, fund existing contract, and provided operational vehicles among others.

“My vision for the organsation in the next 50 years is to be the foremost standardisation body in Africa and among the top ranking globally.

“While this vision is achievable, the organisation would have to surmount severe challenges such as changes in government policies.

“Also, we need to evolve as a dynamic and innovative body investing efficient workforce with the required skill set, cutting edge technology, appropriate and strategic infrastructure among others.(NAN)