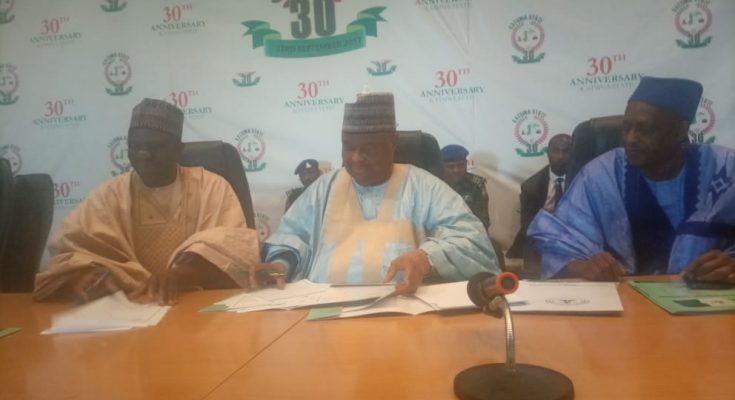 Katsina State Deputy Governor, Mannir Yakubu has described Kano – Katsina boundary as one of the most peaceful interstate boundaries in the country.

Speaking at a joint meeting of officials of Kano – Katsina interstate boundary in Katsina, Yakubu said the two states have not recorded any dispute as regard to issue of boundaries.

Yakubu said the peaceful interstate boundary was due cordial relationship that exists between the two neighbouring states since colonial era.

Yakubu commended boundary commission for success recorded during the field tracing exercise and reaffirmed the peaceful coexistence among the boarder communities of the two states.

Earlier, the Director – General of the National Boundary Commission, Surveyor Adamu A. Adoji commended traditional rulers of the two states and all stakeholders in the states for amicable resolution of grey areas.

Adoji said the Deputy Governor of Kano State, Nasiru Gawuna, had forwarded his apology for not attending the meeting due to his official trip to France.

He assured that Kano State will support and adopt the outcome of the meeting.

Meanwhile, in a communiqué issued at the end of the meeting, both states resolved that the National Boundary Commission can commence action toward the permanent demarcation of the boundary between the two states.

The communiqué signed by Deputy Governor of Katsina State, Mannir Yakubu and Director General of the Commission, Surveyor Adamu said each state will sponsor its contingent during the pillar emplacement exercise while adequate security will be provided by both states during the field exercise.

It further said adequate supervision and monitoring demarcation should be carried out by the commission in conjunction with two states.