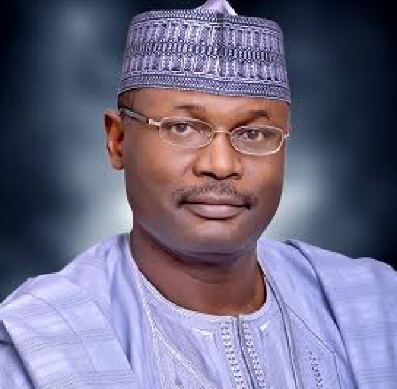 A new advocacy and support group, One Nation, One Destiny Advocacy and Awareness Initiative has called on Independent National Electoral Commission (INEC) to give Nigerians in Diaspora equal opportunity of voting come 2023, adding that it will support relevant government agencies saddled with the responsibility of sensitising Nigerian citizen towards national rebirth.

The Group made the call at her inaugural meeting via zoom in a statement issued, signed and made available to the newsmen by the National Coordinator, Hajia Khalima Kabir Lamisila said, “Technology has made things simpler and there is no excuse not to enfranchise Nigerians in Diaspora in the coming general elections.

It however call on relevant stakeholders in government and private organisations as well as development partners at home and abroad to join hands with the group in expediting action in soonest possible time to factor Nigerians in Diaspora in Nigeria’s electoral system.

The Group with the focus of building a new nation equally advocates for a change of attitude by its citizens, calling on well-meaning Nigerians to join in the task of using the instruments of love and unity as yardsticks for establishing oneness and togetherness in Nigeria.

Among the highlights of the meeting, it was agreed that having royal fathers as peace ambassadors will be a good way to reach their subjects.

The group also resolved in supporting relevant government agencies saddled with the responsibility of sensitising the people towards national rebirth.

The need to use electronic, print media and social media to reach larger percentage of the Nigerian populace as a way of proffering solutions to the Nation’s problems by making the people aware of the government’s efforts in attending to their needs.

One Nation, One Destiny Movement is a socio-political Movement that is out to project and promote democracy and credible leaders that will serve as a lasting solution and answer to leadership question in Nigeria.

The Movement is a borrowed leaf from a Philosophy that changed the narrative in the United States of America till date for the better, “The Manifest Destiny”, though with a sharp difference in approach and ideology.

It identifies the roles of leaders in any given organized society as vital for the development and sustenance.

The group is also aware that corruptions, self-serving policies, nepotism, weak institutions, constitutional abuse among others are the major problems affecting leadership in Nigeria.

The movement identifies the wide gap in the issue of leadership Thrust; it sees the need and is taking the lead at ensuring that Nationalist and Patriotic leaders are taking charge of the see country’s affairs through awareness, education and advocacy programme.