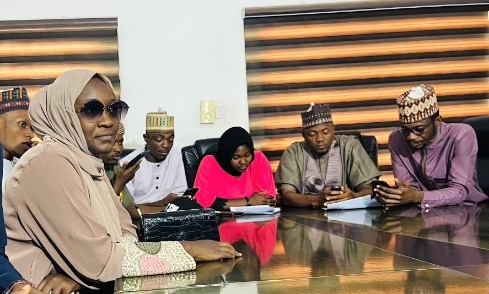 The Students Wing of the Coalition of Northern Groups (CNG-SW) has reacted to moves by some Nigerian Universities to hike their tuition, threatening to mobilize mass regionwide protests that will shutdown all campuses and occupy northern states capitals.

At a press conference in Abuja on Monday, the Students expressed worry over the recent trend of indiscriminate hike in students’ tuition, and warned of its consequences on the educational development of northern Nigeria.

Addressing the press, Comrade Emuseh Gimba Bokunga, the National Coordinator, Students Wing, observed that the hike by the Universities follows the ratification by the Federal Government of a regime of harsh economic policies that have caused mass sufferings to Nigerians.

“We find it regrettable that as a result of these poorly designed policies, hunger is stalking millions of homes, inflation is making life difficult by the day, people are losing jobs, businesses are closing down infrastructure is decaying, young Nigerians are losing hope of being employed, hospitals are full of people who suffer various illnesses, and cannot afford the fees.

The SW-CNG expressed worry that what it called, “some insensitive and indifferent authorities of northern Nigerian universities” have already announced incredible increments in their tuition.

“As is the tradition of the CNG, we took time to understudy the situation and assess the inherent dangers the hike in tuition would pose to Nigerians and especially to the northern region which has been abandoned to the mercy of rampaging banditry and insurgency.

“Specifically, the northern region is currently being held ransom by bandits that operate with ease and at will in all the seven states of the North-West taking total control of land borders, highways, forests, and in some cases railways and airports.

“Boko Haram and ISWAP insurgents continue to wreak havoc in the Northeast while farmers/herdsmen clashes escalate in the North-Central.

“We are convinced therefore that this hike and other potentially damaging policies are part of a calculated design to continuously weaken the North educationally and pauperize it economically.

“It follows that the North would feel the pain of the hike in tuition more than other parts of the country because of the current challenges and limitations faced by the region around security and unforgettable poverty.

‘Added to these is the pervasive harsh economic reality resulting from the removal of electricity subsidy and subsequent hike in electricity tariff, worsened by the scarcity of PMS and uncontrolled willful hike in prices of the commodity where and when available,” the students observed.

Highlighting consequences of the hike on students and parents, CNG said if left unchecked, the action will lead to massive dropouts and return millions of youth in this region back to the streets.

“New students will have to give up their dreams of acquiring higher education.

“Returning students, yet to overcome the trauma of an eight-month ASUU strike and struggling to bear the frustration of a wasted academic year, resources, and energy would find themselves at the receiving end.

“This breed of frustrated youth shall become uncontrollably open to all vulnerabilities, temptations, and influences that could ultimately lead to an increase in organized crimes, worsen the security situation and seal the fate of the North permanently.

“The number of university graduates and productive segments of every society will inevitably drop drastically and the confidence, hope, and faith of the commoners in the entire schooling system would be lost with dire consequences.

“It will also translate into a waste of study and employment quotas meant for the northern region.

“The region’s educational and economic viability would be completely crippled and the region would continue its slide into decay, decadence, inconsequence, irrelevant,e, and general backwardness ,” the angry students lamented.
Consequently, the Group issued a set of demands for all stakeholders to act to checkmate “this unfolding ugly scenario by ensuring an immediate downward review of hiked tuition across the Universities in the North.”

The Group also demanded the northern elite and all stakeholders to speak up to reject and discourage the passage of the Education Loan Bill as the life span, and sustainability of the loan is not guaranteed.

“And in the event the passage of the Bill becomes inevitable, we demand your urgent intervention in ensuring the provision of easy accessibility and soft repayment clauses therein.

“We also warn Vice Chancellors of Universities in the region to avoid the eventual Hazards and unforeseen circumstances by ensuring that no student drops out from Universities as a result of these increases.

“We appeal to the northern elite, especially the business community to please support public University education in their domains.

“Finally, we place the Federal Government on notice that if after this decent plea and persuasion, it fails to see reason, we shall take concrete actions which will not preclude mobilizing for massive and sustained regionwide protests.

“For the avoidance of doubt, we emphatically place on record that any such protests would be total, and shall involve the indefinite shutdown of all campuses, and occupation of major highways and state capitals across the North,” the students said.