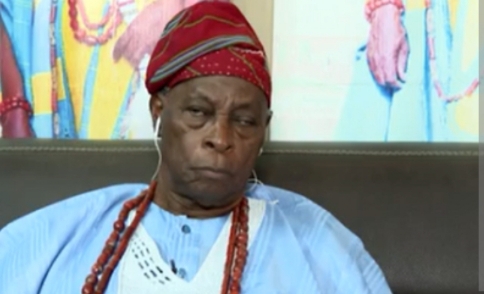 In his apparent reaction to reaction to the publicised support of Peter Obi by the National leader of the pan-Yoruba socio-political group, Pa Ayo Adebanjo, the chieftain of the Social Democratic Party (SDP) said that he was committed to APC manifesto.

He said, “I have said repeatedly that the Social Democratic Party, SDP, has the best manifesto of all the political parties in Nigeria. And in the 2023 presidential election, the SDP Candidate, Prince Adewole Adebayo is the best choice on the merit.

ALSO READ  President Buhari Salutes Nigerians Excelling In Diaspora, Urges Them To
Willingly Give Back

“He has a clear grasp of the issues and has offered the most realistic and effective solutions to the problems of Nigeria today.

“I urge Nigerians to rally behind the SDP and its presidential candidate, Prince Adewole Adebayo.

“The report that I threw my weight behind calls for a South East presidency or Peter Obi is not true”, Chief Olu Falae has clarified.

Chief Falae also said that he was not aware that the well-known Yoruba Social cultural group, Afenifere has taken any position to back or support Mr. Peter Obi.

“I did say sometimes ago that the Yoruba, as a people, are not morally obliged to vote for an Igbo presidential candidate or Peter Obi because in 1999, when the rest of Nigeria conceded the presidency to Yoruba because of the MKO Abiola’s issue, it was only the Igbo, who did not accept.”_

“The Igbo were the only ones that opposed both of us in our respective parties; they did not concede to us along with other Nigerians. However, the Yoruba are fair-minded people and some of them could vote for Peter Obi.

“I have said times without number that the Social Democratic Party (SDP) has the most effective programmes for social justice and Nigeria’s recovery. I have endorsed SDP’s Presidential Candidate, Prince Adewole Adebayo and not Perter Obi”, Chief Olu Falae said.