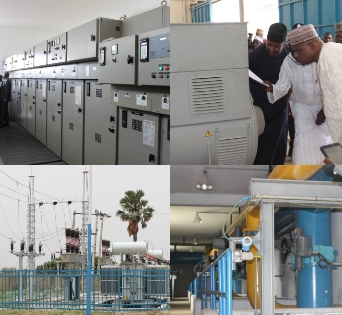 Dr Zayyanu Tanko, a winner of the National Micro, Small and Medium Enterprises Award, has solicited for grants and soft loans from the Federal and State Governments.

Tanko, who is also the Chairman/Chief Executive Officer of Tanko Furniture Factory Ltd, Sokoto, was among the 10 entrepreneurs who received the 5th edition of the awards.

The News Agency of Nigeria (NAN) reports that he was the only awardee from the North West region of Nigeria.

The award was presented to him and nine other winners by the Vice President, Prof. Yemi Osinbajo, at the Presidential Villa, Abuja, on June 27.

Reacting to the development in an interview with NAN on Saturday in Sokoto, the awardee also sought for patronage of the national awardees by the three tiers of government.

This, he noted, should be done in the execution of their various contracts related to furniture products.

Tanko also called on the governments to prevail on various Ministries, Departments and Agencies (MDAs) to make their purchases from them.

This, he said, was imperative in improving the nation’s economy, rather than buying such products abroad, thereby weakening the Naira.

“By doing so, the factories would be bolstered, hence, boost the economy of the country, reduce the rising unemployment as well as create more job opportunities.

“Patronising the national awardees would help to further shore up the foreign reserve of the nation,” he said.

The entrepreneur however commended the Federal Government for instituting the yearly awards.

Tanko said: “I really felt too elated to have been among the only 10 entrepreneurs in the entire country chosen for this award.

“This will really spur me and my co-awardees from other parts of the country to continue to do our possible best to ensure that Nigeria’s economy blossomed.

“We will also continue to use local materials to produce more Made-In-Nigeria products, for Nigerians and for export.”

Tanko also lauded Gov. Aminu Tambuwal of Sokoto State for providing an enabling environment for enterprises and other economic ventures to thrive. (NAN)