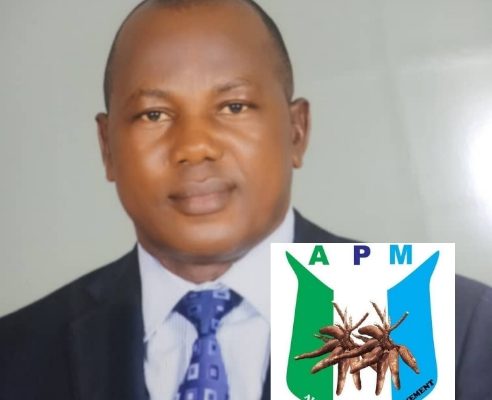 2023: INEC Can Be Trusted But… – APM Governorship Candidate in Enugu, Ken Ikeh

The Enugu State governorship candidate of the Allied Peoples Movement (APM), Barr Kenneth Ikeh, has, while urging the people of the state to expect a better deal from his party, said that the Independent National Electoral Commission (INEC) can be trusted to deliver a credible 2023 general elections but the citizens must remain vigilant in view of recent development and discovery.

The lawyer and former Chairman of the Interparty Advisory Council (IPAC) in Enugu State in his response during a media chat in Enugu on whether he trusts the electoral umpire said, “I will give you a YES and NO answer.

He explained that the reason for the mixed reaction was “because INEC established by Section 153(f) of the 1999 Constitution is a constituted authority with clear mandates as earlier postulated. Therefore, INEC should be trusted to be ready to execute her constructional mandate.

“However, with the various reports and allegations of distortion of the Register of voters from Omuma in Imo State and the summersault by INEC that election will not be electronically conducted but only collation, it waters down the extent of trust one can place on the process.

“However, I advise all Nigerians to be vigilant in order to ensure that nobody plays with their intelligence”, he said.

Barr Ken Ikeh assured that his party is a national party, which believes in equity and has a presidential candidate in the forthcoming February 2023 presidential election.

“APM is a national party who manifesto emphasizes service to the people with integrity and sacrifice”.

The governorship candidate who urged Nigerians to always take advantage of INEC’s Continuous Voters Registration exercise while the window lasted said that “generally speaking, registration of voters ought to be a continuous exercise since citizens turn 18 year yearly.

“However, the 2022 Electoral Act as Amended provided in Section 9(6) that such registration SHALL STOP not later than 90 days before any election covered by the Act.

“This position is sacrosanct since the 1999 Constitution of the Federal Republic of Nigeria in the third schedule (14-15) as established in Section 153 has given the INEC the powers to among other things, organize, undertake and supervise all elections specified by the constitution.

“Therefore, the citizens are encouraged to always take advantage of the opportunity created by INEC to register within the approved period.

“I say so because it’s a huge task for the Commission to compile, collate, maintain and update the Register of voters before any election covered by the Act”, Barr. Ikeh said.