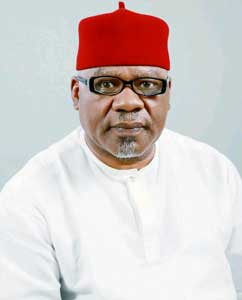 The umbrella association of all registered political parties and political association in the country, Conference of Nigeria Political Parties (CNPP) called on Nigerian voters and lovers of democracy across the world to be wary of what it described as “the antics” of the ruling All Progressives Congress (APC), accusing the party of appearing “to be pro-democrats and at the same time circumvent democratic norms”.

CNPP Secretary General, Chief Willy Ezugwu in a statement commemorating the anniversary of the annulled June 12, 1993 presidential election widely acclaimed to be won by business mogul, Chief MKO Abiola, noted that the “while June 12 will continue to remain relevant in political discourse in Nigeria, many anti-democratic individuals have continued to gain access into the corridors of power under the guise of June 12 supporters.”

According to the CNPP, “it about time we began self-appraisals ahead of 2023 general elections to ensure that Nigerians benefit from what June 12 epitomises rather than turning the symbolisms of the annulled free and fair election as a gate-pass to power by politicians and their cronies.

“The All Progressives Congress (APC) led government has carried on theoretically in the last six years as pro-June 12 and all that the June 12, 1993 presidential election represented in, especially by instituting June 12 as a Democracy Day, but in practice has exhibited anti-democratic tendencies, either by oversight or consciously”, the CNPP observed.

In the statement emailed to Abuja Business Reports, the CNPP further noted that “Two of the fundamental elements of democracy are periodic elections and respect for rule of law. These basic ingredients of democracy have been unacceptably undermined in the last six years.

“First, the APC won presidential election, for the first time in the history of the country, an opposition party’s candidate beat an incumbent president in an election that was globally heralded as free and fair.

“This was attested to by the fact that the then ruling party, the Peoples Democratic Party (PDP) never challenged the outcome of the presidential polls in court.

“Has the APC improved on acceptance of election outcomes in the country in the last six years? Are our elections better? Do citizens have more confidence in the electoral process today?

“Second, under the APC government, how have we fared as a country in terms of respect for the rule of law? The APC government shocked Nigerians early enough through consistent disregard for the court orders. Most Nigerians are aware that the federal government has remained selective on orders of the court to obey or disrespect.

“We call on Nigerian voters and lovers of democracy across the world to beware of the antics of the ruling APC as they appear to be pro-democrats and at the same time circumvent democratic norms so long as it serves their purpose of remaining in power.