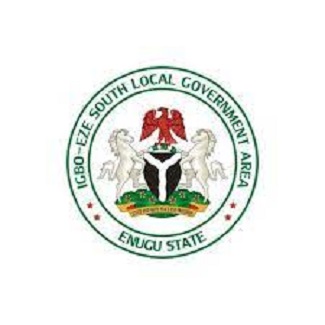 The Save Enugu Group (SEG) has called for calm over what it described as politically motivated violence ongoing in Igbo-Eze South Local Government of Enugu State, insisting that it is the handiwork of the enemies of the people in the state.

While disclosing that it has commenced investigation into the matter, the SEG said in a statement by its National Secretary, Comrade James Ezema that there are pointers that “the ongoing demonization of the Igbo-Eze South council boss, Hon. Peter Andy in the crisis in the local government is politically motivated.”

The group noted that not a few residents have accused a federal lawmaker, in the area of being “the unseen hand” fueling the birth of the current political gangsterism in the local government with a view to dislodging the council boss in the next council election or even orchestrating his possible removal from office.

“For instance, the counsellor representing Ezema Ward in Igbo-Eze South, Hon. Chizoba Ezeja had in a viral video accused the chairman of personally leading “his boys” to attack her family house and destroyed vehicles with axes and cutlasses.

“While we are not preempting ongoing investigation on the matter, we are yet to connect the dots as to why a council chairman, a sitting executive, elected by the people, would openly carry out such attacks publicly while security agencies are under his authority as the chief security officer of the local government.

“It is yet to make any logical sense to us why Hon. Peter Andy would deliberately distabilise and maim the same people who elected him and would also be on ground in the next council election to decide his fate.

“We therefore call on all residents of the local government to remain calm while security agencies do carry out their duties.

“The SEG is also undertaking a private investigation into the matter but our preliminary findings point to the fact that some powerful political forces are bent on ensuring that Igbo-Eze South Local Government is completely distabilised ahead of the next council election to ensure that the local government chairman, Hon. Peter Andy is not returned for a preferred candidate the Abuja based political forces desperately wish to enthrone.

Hence, the only way out for these elements is to distabilise the local government by pitching political actors against each other for selfish end.

“All the political actors who have personal issues with each other should, in the interest of the people, resolve their issues on their own without dragging the ordinary people of Igbo-Eze South into their personal problems”, the SEG stated.

The group added: “From the preliminary finding by the Save Enugu Group, it was the Council Chairman who alerted the Area Commander, the Divisional Police Officer of Igbo-Eze South, and the Army in-charge of Enugu-North Senatorial Zone and also sent the Anti-kidnapping Squad to quell the mayhem.

“The police and the Anti-kidnapping Squad were said to have intercepted the hoodlums along MCC road, around Ibagwa Aka, where one of the hoodlums abandoned his car and fled.

“We then find it very difficult to believe that the same Chairman of Igbo-Eze South will be the person behind the mayhem in the local government at the same time unless further investigation proves otherwise”, the SEG concluded.

Like Loading...
Previous PostNiDCOM, NIDO Russia Call For Diaspora Investment Next PostTCN Commences The Rehabilitation Of Old Circuit Breakers In Its Substations Nationwide