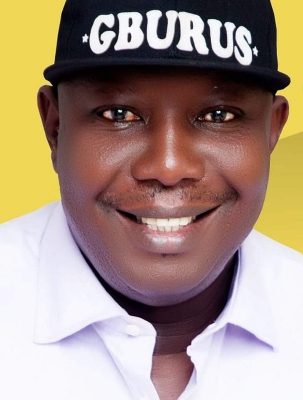 A plot by some politicians to hijack a market in Opi Nsukka has been bursted as a large cross section of traders and members of the Opi Market Amalgamated Traders Association (OMMATA) has petitioned the Nsukka Local Government Area Chairman, Barr. Walter Ozioko, over plot by politicians in Opi Nsukka to turn the market into their money spinning machine for their selfish interests.

The traders, through their lawyer, Barr. Joseph Ogbuka, the founder and Principal Partner of The House of Laws, urged the local government boss to urgently put a halt on the proposed Kangaroo selection being orchestrated by the said politicians.

The petition was titled “A Formal Petition Against Some Internally Displaced
Political Contractors in Opi who have Forcefully Hijacked the Opi Market Amalgamated Traders Association (OMMATA) not According to the due Process of the Constitution of the Association with a View to Criminally Convert the Market and the Traders Therein into Their Private POS through the Imposition of their Hired Agents and Surrogates as the Executive Leaders of the Association Through a Kangaroo Selection Process Contrary to the Express Provisions of the Constitution of the Association: A Call for your Urgent Intervention by Promptiy Putting on Hold the Proposed Kangaroo Selection Exercise (Election) Billed to Take Place Tomorrow in the said Market and Conduct Dispassionate Investigation into the Scandalous Racket of Impunity by these Agent Provocateurs and their Sponsors.”

The three-page petition, which identified the arrowhead of the cabal behind the plot and usurpation of the constitution of the market association as Dr. Dan Shere, reads:

We are constrained to convey to your office the pathetic outcries of a large cross section of traders and members of the Opi Market Amalgamated Traders Association (OMMATA) as well as the lamentations of petty traders in the said market who carry their trade wares on their heads, hands and barrows
without stalls.

We shall hereinafter refer to all of them as our clients and it is on their behalf and instructions that we anchor this Petition to your office for your urgent intervention and necessary
action.

The outcries of these traders reveal a satanic collabo by some internally displaced polltical jobbers and contractors in Opi Nsukka to hijack not just the Ahor Opl Market but even the traders and members of (OMATTA) trading in the market by manipulating the association through the imposition of their hired agents as mercenaries as the executive leaders of the Association by means of a Kangaroo selection exercise contrary to the express provisions of the constitution of the Association on how the election of its officers will be conducted at the end of every term of four years.

We are reliably informed that the arrow head of the Cabal who have vowed to hijack the association and privatize it and all its paraphernalla of members for their personal aggrandizement is Dr. Dan Shere and his gang of political foot soldiers.

Instead of rendering account to the members of the associations as required of them under the constitution of the association they rather render daily returns in commissions and rebates to their sponsors and overlords.

To meet the financial targets set for them Government in such a market which is to administer, and manage
the market and collect stallage fees from traders, it does not include or extend to the power to run, operate, oversea or regulate the association of traders or members of an associations of traders in that market.

This point of distinction is clear as the constitution has ordained every citizen with a sacrosanct right to freedom of Association which includes the right or freedom to freely organize and oversee their association without any interference from anybody or authority.

Thus while it is conceded that the powers of the Nsukka Local Government can be used by these gold diggers at Ahor Opi to administer, manage and regulate the market as well as collect lawfully approved levies like stallage fees from traders, it is arbitrary, even criminal for anybody or group to hide under such powers to attempt to hijack the association of traders in the market from the management of its members contrary to the express provisions of the constitution of the traders in the said market as well as the constitution of the Federal Republic of Nigeria.

It is the above litanies of outrageous atrocities at Aho Opi Market which they want to reinstate with another Kangaroo selection of hired mercenaries of the self acclaimed emperors of the market that necessitated this formal intervention by way of this petition anchored to your office and to the office of the Governor of the State to promptly intervene in the situation at Aho Opi market today by putting on hold the proposed Kangaroo election of another regime of agents to be imposed on the association so that these scandalous orgy of criminal impunities against the constitution of the traders in the market and the traders themselves as well as their dignity and liberty can be dispassionately investigated and redressed before the members of the association can be aliowed to elect their executive leaders in accordance with their constitution for another four years tenure.

This is for your information and necessary action.