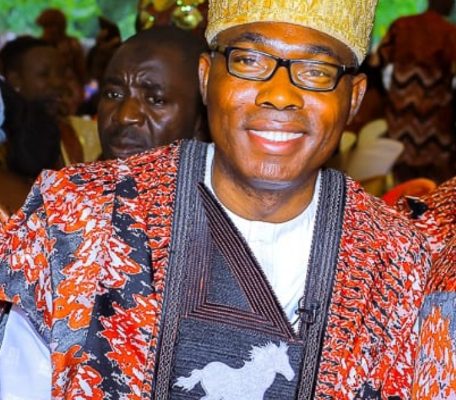 International lawyer and the Presidential Candidate of the Social Democratic Party (SDP), Prince Adewole Adebayo, has said that under his watch, if voted as President of Nigeria, the citizens would know where the country’s funds are kept, insisting that the whereabouts of Nigeria’s money has been a mystery.

The presidential hopeful in a chat with newsmen maintained that “One of the things that you Nigerians will know when I get to office is that you will know where your money is.

“There is too much mystery about Nigerian money. Even President Buhari today cannot tell you how much money Nigeria has”, he said.

Prince Adewole Adebayo added that as at today, the “Board members of NNPC, now NNPC Limited, don’t know how much the company has. Minister of Finance does not know where government money is.

“You will have a full forensic of where your money is once I get into office,” he stated.

The SDP Presidential Candidate said Nigeria’s over-dependence on oil is because of ingenuity of the leaders, explaining that petroleum, during his reign as president, especially in his first year, will be in the withdrawal zone.

“If you go into the value chain of some of the produce, you will see that petroleum isn’t a big deal.

“At the peak of Jonathan’s tenure when oil price was above 100 dollars and everybody was clapping, I wasn’t really impressed because I have an oil palm plantation that I was selling my palm oil at 660 dollars per barrel.

“This was why Michael Opara created the Ada palm in the Eastern region. I am not the kind of president who is running for office because of NNPC Limited.

“Presidency under me won’t share oil money. Rather, I will put the federal government allocation of the money into sovereign fund and then dedicate it to building hospitals all over the place.

“I am not going to mainstream oil money into my budget . The present generation has spent enough of oil money, we need to keep for the future”, Prince Adewole Adebayo said.