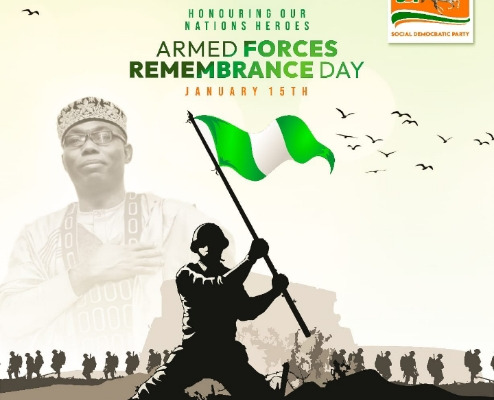 The presidential candidate of the Social Democratic Party (SDP), Prince Adewole Adebayo has vowed dutifully, with patriotic commitment, prioritize the welfare of officers and members of the armed forces if elected President and Commander-in-Chief in February.

He made the vow in his message to the members of the armed forces and their families via his tweeter handle.

Prince Adebayo affirmed that his leadership would ensure that “in doctrine, command and morale”, Nigerian armed forces are always ready to protect territorial integrity of the country and ensure security.

He wrote: “I vow to dutiful and patriotic Nigerian Armed Forces, their families and Nigerians to be a gallant, committed and caring Commander in Chief to ensure that in doctrine, command and morale, we are always ready to protect territorial integrity and security. Victory comes from God!”

The Armed Forces Remembrance Day is an annual event in Nigeria to commemorate the nation’s servicemen and fallen heroes.