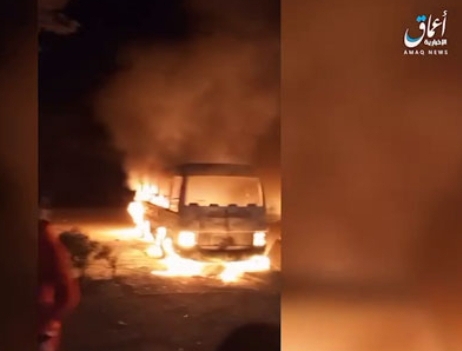 The Islamic State in West Africa Province (ISWAP) in jubilant mood after attacking Kuje Custodial facility in Abuja and freeing hundreds of its detained fighters. Less than 24 hours after the Kuje Prison attack, ISWAP claimed full responsibility for the successful operation in Nigeria’s capital.

In a 38 second video released Wednesday night, the terrorists showed initial moments after prisoners were freed in the ISWAP prison raid. 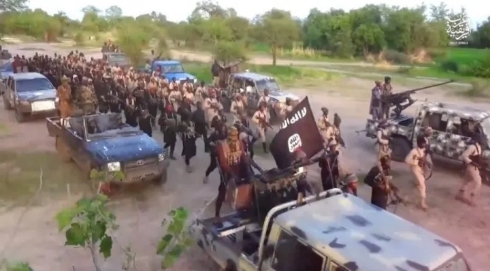 The terrorist group showed some of its men shooting at the premises of the facility as they chanted: Allahu Akbar!

Tens of fighters were seen marching in groups while vehicles and buildings were on fire in the video.

An elderly man dressed in a native attire also joined the young men who were shouting on top of their voices.

The Islamic State’s A’maq Agency released the video with the Arabic caption translated as “Fighters of Islamic State Attacked Kuje Prison in Abuja Yesterday And Succeeded in Freeing Dozens of Prisoners.”

An activist, Audu Bulama Bukarti provided a translation saying, “Islamic State fighters penetrated the prison of the Nigerian government yesterday, in Kuje city, on the outskirts of the capital, Abuja, after demolishing its walls, and successfully liberated dozens of prisoners.”

When he visited the prison on Wednesday morning, Bashir Magashi, Minister of Defence, said the attackers headed towards the direction where 64 Boko Haram suspects were kept.

Magashi said after the attack none of the suspects in custody could be located.

“The prison is accommodating about 994 inmates and over 600 escaped. Many people have been recaptured and brought back to the prison. Maybe by the close of the day, more will have been captured and returned.”

President Buhari who also visited the prison expressed disappointment in the security agencies to have allowed the attack to succeed.

President Buhari, who, like most Nigerians was shocked by both the scale and audacity of the attack queried, “How did the defences at the prison fail to prevent the attack?

“Were there guards on the watchtower? What did they do? Does the CCTV work?”, the President asked questions after questions.

The President was also informed that the security forces have recaptured 350 of the escapees while about 450 others are still unaccounted for, and that rapid work is under way to recapture the rest.

After inspecting some of the points impacted by the attack, President Buhari spoke to newsmen, expressing disappointment with the intelligence system (and utilization).

“I am disappointed with the intelligence system. How can terrorists organise, have weapons, attack a security installation and get away with it?”, President Buhari who jetted out of the country after the visit further querried without holding anyone accountable at the time of this report.