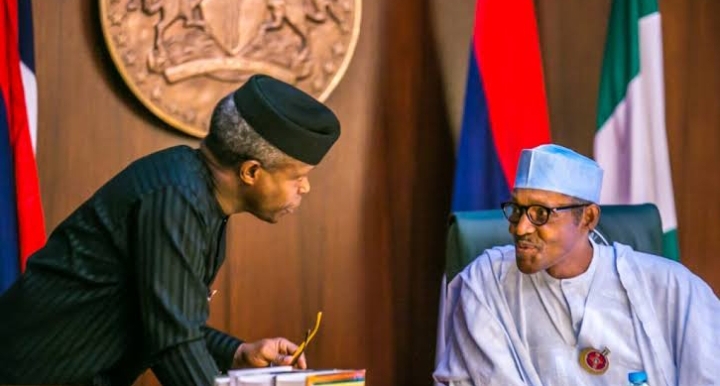 Tuesday was a day Nigeria and Nigerians may never forget in a hurry as some people have died while two others sustained injuries, when terrorists attacked presidential team of security guards, protocol and media officers, ahead of President Muhammadu Buhari’s Sallah trip to his hometown in Daura, Katsina State as gunmen terrorised Kuje Prison part of Nigeria’s Federal Capital, Abuja and killed a policemen and abduct a Chinese expatriate in Shao, Moro local government area of Kwara State.

The presidency has since described the dastardly act on the presidential convoy heading to Katsina State as a sad and unwelcome development.

This is coming as terrorists, on Tuesday, also ambushed and killed an Assistant Commissioner of Police, ACP, Aminu Umar Dayi, in charge of Dutsinma Area Command in Katsina, following a fierce gun duel.

In a release Tuesday night by presidential spokesman, Mallam Garba Shehu, the presidency disclosed that a few people died, while the two persons, who sustained injuries during the attack were already receiving treatment.

But other personnel, staff and vehicles made it safely to Daura, the terse statement added.

“The attackers opened fire on the convoy from ambush positions but were repelled by the military, police and DSS personnel accompanying the convoy.

“Two persons in the convoy are receiving treatment for the minor injuries they suffered and few personnel, who lost their lives have been deposited at the hospital. All the other personnel, staff and vehicles made it safely to Daura,” the statement stated.

Meanwhile, the late Assistant Commissioner of Police, who was killed on Monday, had reportedly led a police team to Kurfi, where they killed one of the terrorists’ commanders.

Angered by the death of their commander, the terrorists allegedly turned out en masseon Monday and laid an ambush in order to avenge the killing of one of them.

Unfortunately for the late Dutsinma Area Commander, while leading his team on their usual clearance operation of the terrorrists, were ambushed and overpowered by the hoodlums in a fierce gun battle that eventually led to his death and another officer.

The late ACP had led the war against terrorists on several occasions leading to the killings and arrest of many of the hoodlums.

Spokesperson for the Katsina Force Command, SP Gambo Isah, however, confirmed the development.

“Today 06/07/2022 at about 1130hrs, a distress call was received that terrorists numbering over 300, on motorcycles, shooting sporadically with AK 47 rifles and General Purpose Machine Guns (GPMG), ambushed ACP Aminu Umar, Area Commander, Dutsinma and team, while on clearance operation of recalcitrant bandits/terrorists, in Zakka forest, Safana LGA of Katsina state. Consequently, the Area Commander and one other gallantly lost their lives during a cross exchange of gun fire.

“The Commissioner of Police, CP Idrisu Dabban Dauda, on behalf of the officers and men of the Command, expresses his deep sympathy to the family of the deceased and pray to almighty Allah to repose their souls in Jannatul Firdausi.

“Dabban reaffirms the Nigeria Police Force commitment on the ongoing onslaught against terrorism in the state until it is completely routed out, please.”

Also, a correctional facility in Kuje area of the Federal Capital Territory, Abuja was attacked at about 10pm on Tuesday.

A resident at a housing estate in Kuje said gunshots were first fired sporadically about 10pm followed by heavy bombardedment.

The details are still sketchy but residents of Kuje Area Council confirmed that there were explosions and sporadic gunfire around Kuje Prison.

The Kuje medium prison facility came under attack about 10:20 pm when what was suspected to be a high calibre bomb went off followed by two more explosions and the ensuing sporadic gunfire that sent residents scampering for safety.

Although there was no official confirmation yet, it was suspected that terrorists had launched a ferocious attack on the prison which triggered a fire-fight with security forces. The Kuje Correctional Center has had a history of terrorists launching attacks to free colleagues detained there or serving prison sentence.