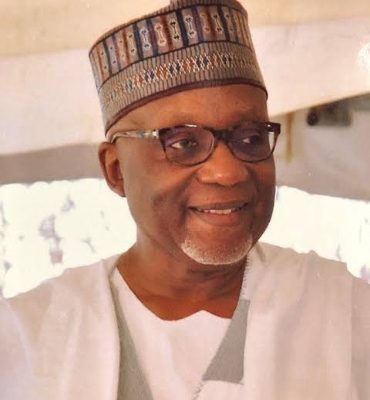 Chairman, Board of Trustees (BoT) of Arewa Consultative Forum (ACF) Kwara State chapter, Dr Alimi AbdulRazaq, has urged President Muhammadu Buhari to intensify the war against terrorism towards finding a lasting solution to insecurity in the country.

Alimi who is a legal icon and Mutawali of Ilorin also called on the leadership of the ACF and all Nigerians to join hands with the federal government to urgently halt insecurity in the North in particular and Nigeria in general.

Speaking during a meeting with the executive members of Kwara State’s chapter of ACF led by their chairman, Dr Mohammed Ghali Alaaya, Alimi noted that the government needs the support of all Nigerians in tackling the hydraheaded security challenges facing the country.

He, however, urged the government to do more in funding the security agencies, adding that more still needs to be done in the area of intelligence gathering in the fight against insurgency, banditry and other violent crimes across the country.

Alimi, who identified unemployment as one of the causes of insecurity applauded the federal and state government’s efforts at creating massive employment opportunities for the teeming unemployed youths through implementation of robust agricultural policies.

He described the government’s considerable strides in the development of agricultural value chains through the interventions of the Central Bank of Nigeria (CBN) as a right step in the right direction.

On the reviewed agenda of ACF in Kwara, Alimi said:

“Today’s meeting is a watershed in the life of ACF in Kwara State. It gives us fresh opportunity to recommit ourselves to the developmental agenda of northern Nigeria as integral part of a united , stable , secured and prosperous Nigeria .
We shall make it more impactful in terms of the development of Kwara and Arewa.”

Alimicharged the ACF state executive to expedite action on her ongoing programmes and projects including the acquisition of a befitting secretariat for the forum.

Earlier, the ACF chairman in the State,Dr Mohammed Ghali Alaaya, had intimated the BoT chairman with the prospects and challenges of ACF in the state, seeking his support in the areas of policy and project implementation.

He appealed to Alimi to use his good offices to reposition ACF in Kwara, pointing out that “ the need to unify and integrate our people is paramount , but priority should be given to curbing insecurity in the north.We need to promote dialogue across ethnic and religious lines .”

Alaaya pledged the commitment of his team not to only reinvigorate the ACF in the state, but also to provide the platform to evolve policies and programnms that will meet the yearnings and aspirations of the people of the state and complement the efforts of government at all levels