Conference of Nigeria Political Parties (CNPP) has warned of the implications of ongoing plot of by the ruling All Progressives Congress (APC) to change its own rules at the end of the game to favour preferred aspirants in Abia State, urging the Independent National Electoral Commission (INEC) to stick to the rules of the game in accordance with the Electoral Act 2022 to safeguard the country’s democracy.

The CNPP in a statement signed by its Secretary General, Chief Willy Ezugwu, noted “with dismay that the APC, which is supposed to be a shinning light for all political parties will engage in a manipulative process against its own rules.” 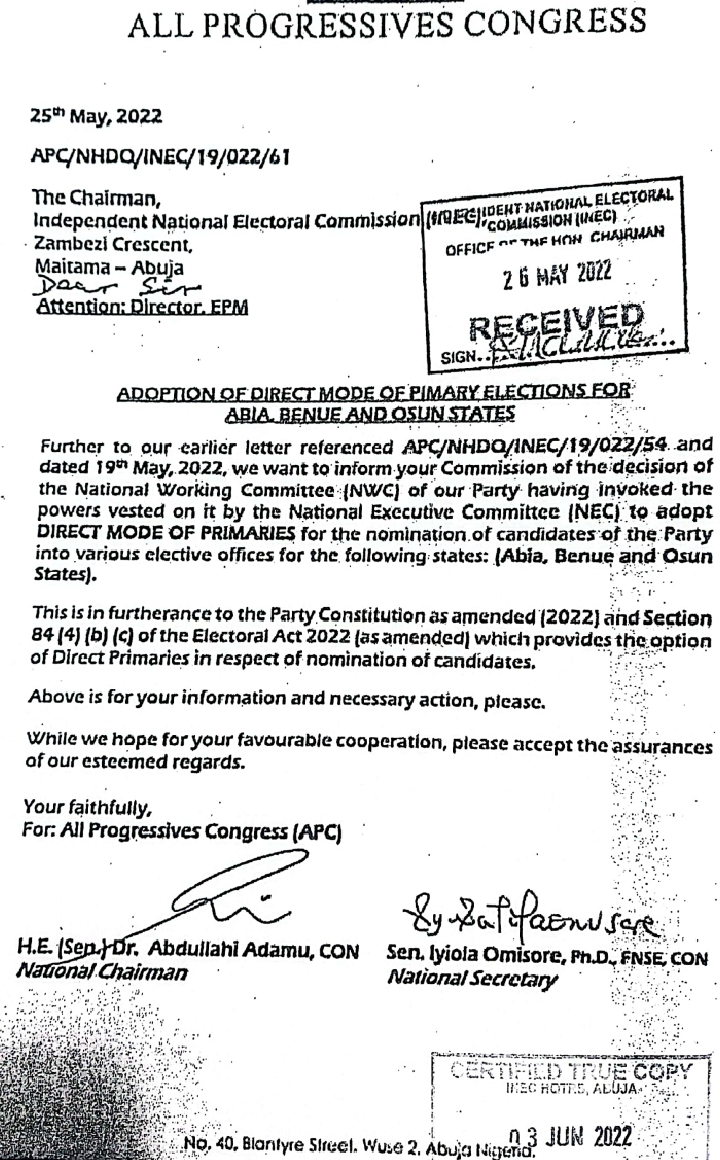 The CNPP’s statement was issued on the heels of a move by the APC to replace candidates that emerged after its direct primaries in Abia in line with its request to INEC in its own letter dated 25th May, 2022, with reference no. APC/NHDCINEC/19/022/61, in which the party adopted direct primaries mode of election in Abia, Benue and Osun States.

The letter notifying INEC of the mode of primaries was signed by the party’s National Chairman, Senator Abdullahi Adamu and the National Secretary, Senator lyiola Omisore, and in response, the Commission monitored the primary which produced the immediate-past Minister of State for Mines and Steel Development, Dr Uche Ogah, as the APC governorship candidate in Abia State. 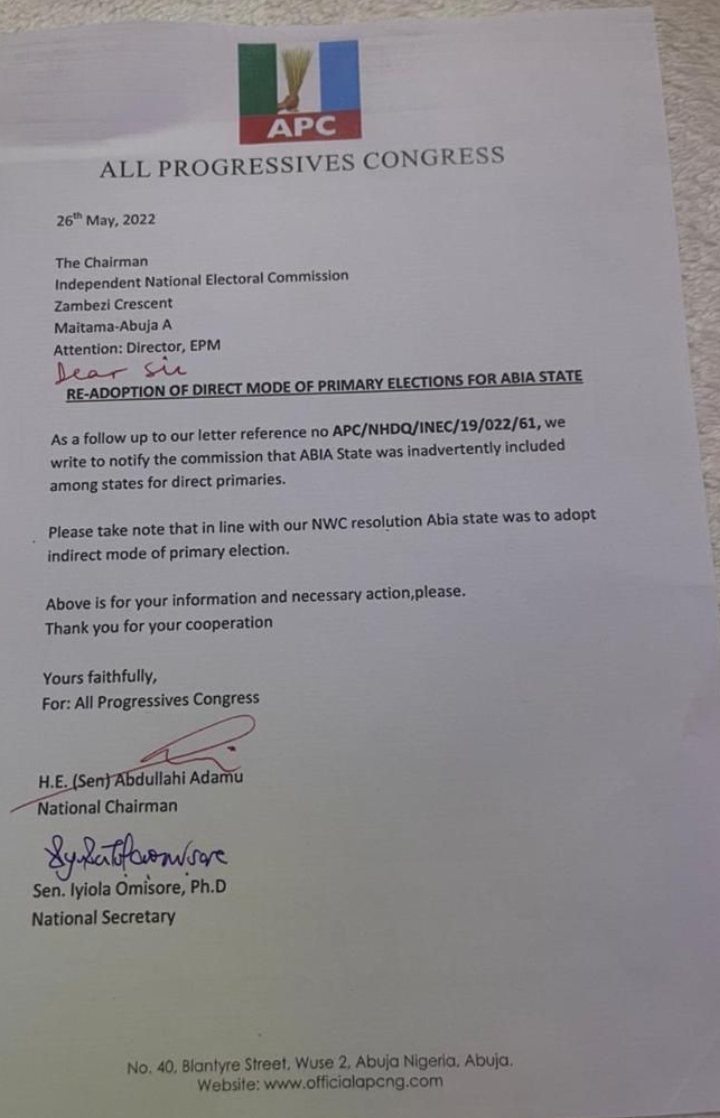 The CNPP then noted that “We are worried that the APC, after the primary election in Abia State, turned around to plot to upturn the outcome of the direct primary election in a fresh letter backdated to 26th May 2022 notifying the commission “that Abia State was inadvertently included among states for direct primaries”, which we see as a bad omen ahead of the 2023 general elections.

“The CNPP, therefore, strongly condemns this unhealthy development and calls on INEC and the APC to thread with caution and play politics according to the rules as that is the only way to deepen the country’s democracy and promote good governance in the interest of the people.

“Nigerians, and indeed the whole world, are watching as the attempt to submit a fresh letter to the commission today, June 16, 2022 after the primary election has long been won and lost is a coup against democracy that cannot be tolerated in a sane clime and must not be allowed to stand”, the statement read.