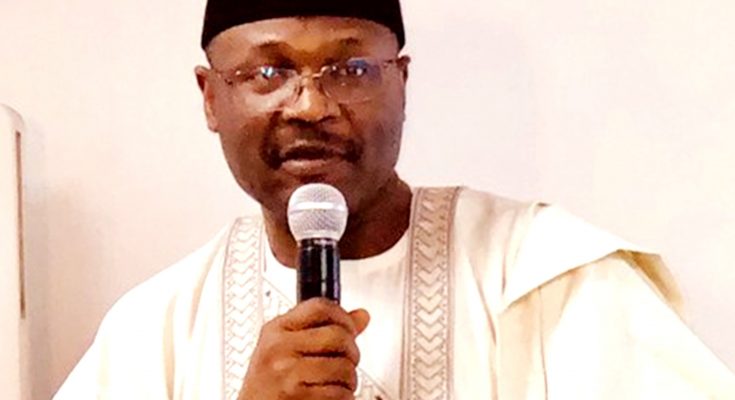 Chairman of INEC, Professor Mahmood Yakubu, who made the disclosure at the weekend in Abuja at a symposium titled “The Electorate: A Conversation on Elections in Nigeria”, said the decision would start with June 18 governorship election in Ekiti State.

Yakubu said the decision was on the heels of Governor of the apex bank, Godwin Emefiele’s open declaration with the ruling All Progressives Congress (APC).

A group under the platform, the Local Rice Producers association had procured Nomination Forms for Godwin Emefiele to vie for the exalted office of President under the APC.

While the Governor of the apex bank thanked the group for the gesture, he did not however appear before the Chief Odigie Oyegun screening panel. Emefiele confessed to being a member of the APC.

The INEC Chairman told the gathering that he took the decision to stay away from the apex bank to prevent election materials from being compromised.

Recently, prominent civil society organisations and individuals had expressed displeasure with the revelation that the CBN governor was a card carrying member of the APC since 2019.