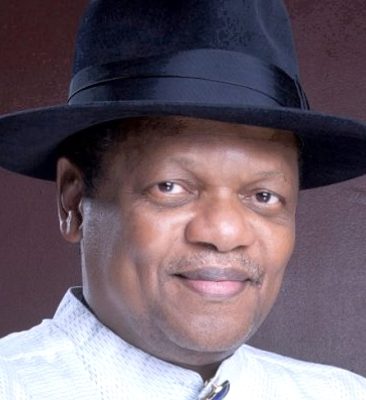 The President of Anap Foundation, Anap Jets and founder of Stanbic IBTC Bank, Atedo Peterside, has given insights into why he joined the Social Democratic Party (SDP) ahead of the 2023 general elections.

The boardroom guru and the Co-Chair of Agenda 2050 Steering Committee, noted that his decision was based on the necessity of everyone to get involved in politics.

“After deep reflection, I decided to join the Social Democratic Party (SDP). My main reasons for backing them are listed on (the) flyer below. It is important for all adults to join a political party of their choice”, he tweeted via his twitter handle.

According to Peterside, he considered seven points before deciding to throw his weight behind the SDP.

He listed the points to include the party manifesto and how appropriate it is for Nigeria at this time; the quality of the party’s national leadership; his own adjudged acceptability at the local/ward level of the party; the commitment and willingness of the party leadership to practice internal democracy.

Other points are if the party’s doors are truly open to Nigerian youths who wish to claim their country back and if it is a place where he feels truly welcomed?

Earlier, Peterside had said he believed every adult Nigerian at home or abroad should join a political party.

“The rest of us must seize the bull by the horns and overcome both voter apathy and the reluctance of many good people to get involved in party politics.

“Nobody is going to come from Mars or Jupiter to improve Nigerian political parties.

“If they remain defective, then they may consistently spew out bad choices”, he said.

“I now believe that every adult Nigerian at home or abroad should join a political party. Our political parties will not improve on account of external pressure alone.

“Change must also come from within. It is difficult to improve a club or party that you do not belong to. If I believe this, then I also must practice it”, he added.

Peterside is a co-convener of GoNigeria, an initiative that promotes good governance and encourages the youth to get actively involved in politics.

The initiative encourages youths and Nigerians to take part in the electoral process by going to register for their permanent voter cards (PVCs) in preparation for the 2023 elections.