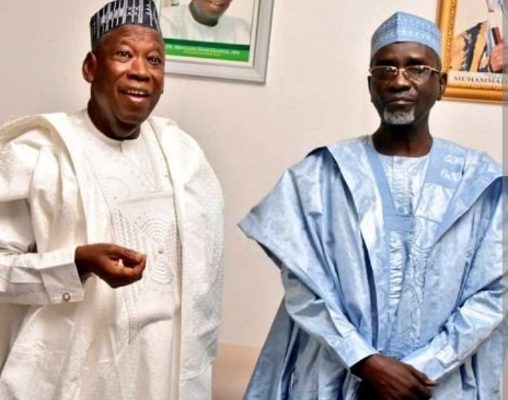 Kano State Governor, Alhaji Abdullahi Ganduje, was said to have paid a surprise visit to an aggrieved former governor of the state, Senator Ibrahim Shekarau, amidst the gale of defections currently rocking the state chapter of All Progressives Congress (APC).

It will be recalled that Shekarau, a senator representing Kano Central District, lost to Ganduje in the battle for the APC structure in Kano State.

A reliable source, who preferred anonymity, disclosed to the Nigerian Tribune that Governor Ganduje was at the Mundubawa residence of Shekarau on Friday evening.

According to him, “Governor Ganduje just left. They went inside and had a discussion, but nobody really knows what they discussed.”

Meanwhile, more defections is ongoing as Governor Ganduje’s Chief of Staff, Ali Makoda, has led other prominent politicians in Kano North to dump the APC for the New Nigeria Peoples Party (NNPP).