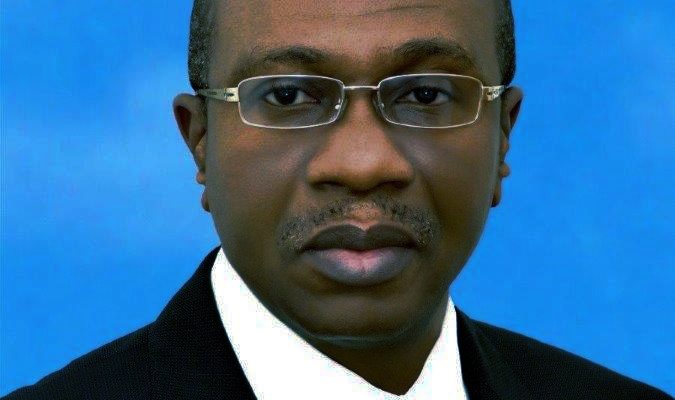 Amid controversies surrounding a sitting Central Bank of Nigeria (CBN) Governor joining partisan politics, Godwin Emefiele has reportedly picked up the expression of interest and nomination forms of the All Progressives Congress (APC) for the 2023 elections.

Reports say that the N100 million forms were picked up on behalf of the CBN Governor by a group of supporters from the party’s organising secretary at the International Conference Centre (ICC) in Abuja, on Friday morning.

There had been speculations that the Central Bank Governor was interested in vying for the Presidency in 2023 with campaign banners flooding parts of the country.

Amid the speculations Mr Emefiele had said his focus was on solving macroeconomic challenges, including fighting inflation.

“My focus at this time is a robust monetary policy and fighting inflation which is now a global problem; building a strong financial system in an increasingly uncertain global economy,” Mr Emefiele said in a series of tweets in March.

Using the hashtag #NoDistractionsPlease, Mr Emfiele stressed that he was focused on “Development finance and supporting farmers & manufacturers in our self sufficiency and import substitution drive; raising N15 trillion for InfraCo infrastructure financing

“Building a world class International Financial Center in Lagos; as we support the Muhammadu Buhari Administration to finish strong.”

The Conference of Nigeria Political Parties (CNPP) and allied civil society organisations had threatened to occupy the headquarters of the apex bank to force Mr. Emefiele to denounce his ambition or leave office.

Like Loading...
Previous PostFull Statement As Nigerian Airline Operators Set Date for Shut Down Next PostBREAKING: Nigerian Wins Reelection As Councillor in UK