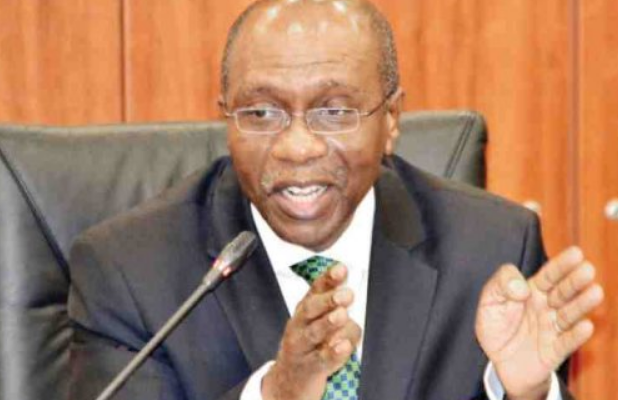 Conference of Nigeria Political Parties (CNPP) and allied civil society groups under the umbrella body, Coalition Of National Civil Society Organisations (CNCSOs), have concluded plans to occupy the Central Bank of Nigeria (CBN) headquarters, Abuja until the CBN Governor, Mr. Godwin Emefiele resigns or denounces his purported presidential ambition and halts the activities of his support groups who are sources of distraction to his duties.

In a joint statement issued in Abuja by the Secretary General of CNPP, Chief Willy Ezugwu and the National Secretary of the Coalition Of National Civil Society Organisations, Alhaji Ali Abacha, the CNPP and the CNCSOs noted that their “action has become necessary to save the Nigerian economy from total collapse.”

Giving reasons for the move, they said “it has become imperative to minimize the stress on the economy and to ensure that the relevant laws in the country are respected to the letter.”

According to them, “Section 9 of the CBN Act, 2007, clearly stated that “The Governor and the Deputy Governors shall devote the WHOLE OF THEIR TIME TO THE SERVICE OF THE BANK and While Holding Office Shall Not Engage In Any Full Or Part-Time Employment Or Vocation Whether Remunerated Or Not except such personal or charitable causes as may be determined by the Board and Which Do Not Conflict With Or Detract From Their Full Time Duties…”

“Evidently, the law that established the CBN had foreseen that any iota of distraction or divided attention, however minimal, can spell doom for Nigeria’s economy, particularly with the deafening level of obviously sponsored clamour by different groups urging the CBN governor, Mr. Godwin Emefiele to join the presidential race. It is clear that this is a source of distraction for the Governor of CBN at this time.

“Secondly, an important institution like the CBN should NEVER be headed by politically ambitious persons and it was for this reason that the CBN Act stipulated that “The Governor and Deputy-Governors shall be persons of recognized financial experience…” and not politicians of recognized political experience.

“Finally, if Mr. Godwin Emefiele, who is eminently qualified to run for president, wishes to pursue a political career, Section 11(3) of the Act prescribed that “The Governor or any Deputy Governor may resign his office by giving at least three months’ notice in writing to the President of his intention to do so…”

“The question is, has the CBN governor transmitted a letter to President Muhammadu Buhari, notifying him of his intention to leave office in three month from the date of the notice?

“We therefore call on the CBN governor, Mr. Godwin Emefiele to immediately resign or publicly denounce his purported presidential ambition and order groups causing distraction to the performance of his full-time duties to stop forthwith.

“He should immediately authorize relevant government agencies to clean up his posters which are conspicuously displayed around the CBN headquarters, in other parts of the Federal Capital Territory (FCT), and most cities across the country.

If these are not, by Thursday, April 21, the CNPP in conjunction with the civil society coalition will be occupying the CBN headquarters until Mr. Emefiele resigns or denounces the purported distracting ongoing 2023 presidential campaign on his behalf by groups.

“It is noteworthy to state that the Nigerian economy has suffered enough stress, while the cost of living is becoming much more unbearable for the masses, and further distraction of the CBN governor’s full-time duties as stipulated by law will be strongly challenged on all fronts from April 21, 2022 since section 9 of the CBN Act 2007 (as amended) is unambiguous.

“We wish to reiterate that Mr. Godwin Emefiele is eminently qualified to run for president of Nigeria but it has to be in absolute compliance with the laws of the land, especially the sections 8, 9 and 11 of the CBN Act 2007 (As amended)”, the CNPP and the CNCSOs stated.