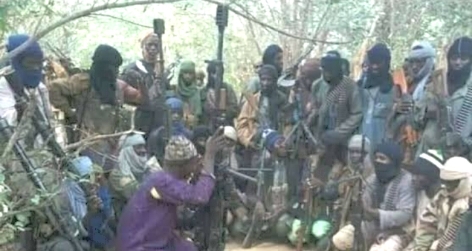 As Bandits Abduct Three, Leave Others With Gunshot Wounds

Contents show
1 As Bandits Abduct Three, Leave Others With Gunshot Wounds
1.1 Kindly Share this story via:
1.2 Like this:

Aliyu was killed alongside four others near Daku Village, Dobi area of Gwagwalada, Abuja.

According to Usman Mohammed, the secretary of MACBAN, three other people were abducted and three more sustained gunshot injuries.

They are currently receiving treatment at the University Teaching Hospital, Gwagwalada.

He revealed that the late Aliyu and other victims were ambushed by the gunmen last Thursday.

“They were returning from Izom market in Niger State where they went to sell cows, until just one kilometre to Daku village when the bandits suddenly emerged from the bush and opened fire on the truck, killing the MACBAN chairman and four others,” he said.

ABUJA BUSINESS REPORTS in its report said that security agents have since swarmed Daku village searching for the criminals.

The deceased has also been buried according to Islamic rites.