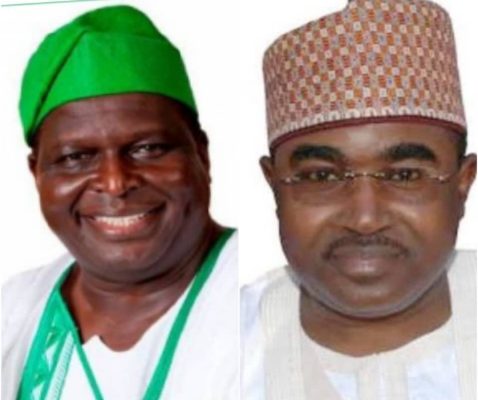 Director General, National Council for Arts and Culture, Otunba Segun Runsewe has thrown his weight behind the Chairman and Chief Executive Officer, National Drug Law Enforcement Agency, Brigadier General Mohamed Buba Marwa (rtd) on the later’s idea in urging all tertiary institutions in Nigeria to make “Drug Integrity Test” an institutional policy for both new and returning students as part of efforts by NDLEA to fight the menace of drug abuse among the youths and students in tertiary institutions all over the country.

Gen. Marwa had during the launch of the Drug Free University Campaign in the University of Abuja recently, appealed to University authorities all over the country to partner with the NDLEA to set up outposts to help further strengthen the agency in fighting the scourge of Drug Abuse in higher institutions.

The Director General, National Council for Arts and Culture, Otunba Runsewe is urging parents of children and wards in all tertiary institutions all over Nigeria to support this clarion call by the chairman of the National Drug Law Enforcement Agency to be part of this measure to reduce drug use and drug abuse in our institutions of higher learning. Runsewe added that this measure if properly implemented will sanitize and make our institutions of higher learning a very conducive citadel of learning.

Runsewe had in recent past been in the forefront in the fight against socio-cultural vices such as Rape, Cross Gender Dressing, Immorality, Gender Based Violence, etc in our society.

The culture Ambassador, Otunba Runsewe has always maintained that parental care and school environments are major stakeholders that affects the upbringing of any child and as such parents and teachers should partner to enforce proper family values, school values and societal value in order to reduce the negative effects of western cultures on our children and our society.

Runsewe appealed to parents of children in our universities not to see this giant strides of the National Drug Law Enforcement Agency as a punitive measure but should see it as step in the right direction to curb to the barest minimum the use and abuse of hard drugs in all our institutions of higher learning all over our great nation.