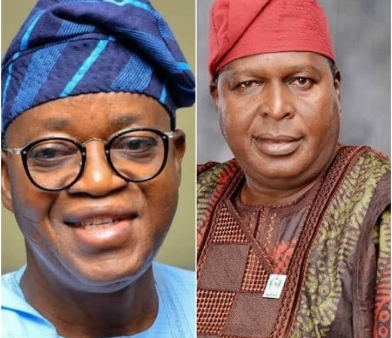 From August 27, Governor Oyetola has made it compulsory for all public and civil servants to wear the osun state variant of local Adire fabric, known as “Adire Eleko” to work as a way to revive the dying Cultural fashion of the people, noted for their artistic and Cultural tourism endowments.

Otunba Segun Runsewe who is also the President, Africa region of the World Craft Council(WCC), stated that the declaration of August 27 as Adire Osun Day, by governor Gboyega Oyetola, resonates with the vision and aspirations of the Federal Government to grow and focus on indigenous Cultural tourism engagements, adding that time has come for Nigerians to embrace our indigenous and traditional (“wear, eat and speak”) ways of life.

“The Cultural Adire fabric revolution started with Ogun state, and Osun state governor has taken it further to a refreshing dimension, factoring international leverage and making it a citizens project which is commendable, deserving our support and encouragement” Otunba Runsewe further explained, calling on other state governors in the country to pay more attention to the Cultural tourism and indigenous economy, in order to create jobs for young persons, particularly women in the rural areas.

Governor Oyetola who spoke through the Secretary to the state government ( SSG) wole oyebamiji Saturday last week, at the osun fashion week, held in Oshogbo, the state capital, restarted the commitment of the government to diversify and prioritize the culture tourism endowments to gain the youths through job openings.

“We shall partner with Musty Great Development and Alexanderia Jones Couture, based in the United States ‘Of America to market the osun Adire fabric to the world.” the SSG, reiterated.