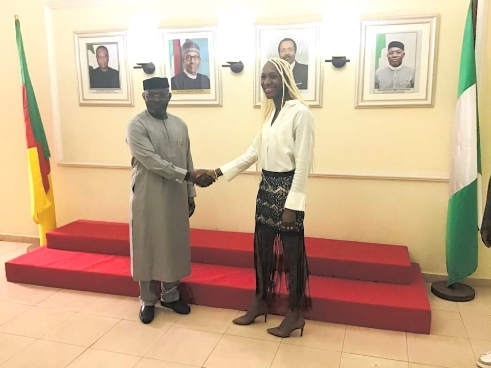 In a grande finish to a magnificent start, the debut Special Adviser on Diaspora to Governor Hope Uzodimma was officially received at the Nigerian High Commission in Yaounde, Cameroon, by His Excellency, Abayomi Gabriel Olonisakin, a retired Nigerian Army General, and former Chief of Defense Staff who is the current Nigerian Ambassador to the Republic of Cameroon.

Honoured to be received by General Olonisakin, the Young politician who is also a current elected Councillor in Penn Ward Wolverhampton, United Kingdom, wasted no time to convey warm wishes to the Ambassador from Gov. Uzodimma. 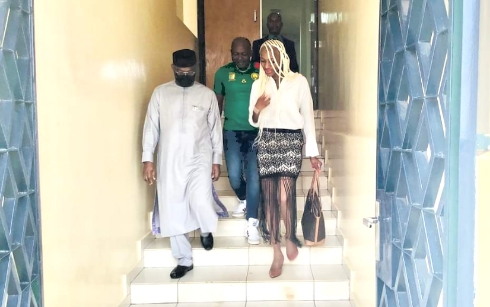 The meeting continued with an extensive conversation on social issues that affect Diasporans in Cameroon.

Councillor Celia Osakwe-Hibbert inquired of the welfare of Imo Diasporans in specific.

The meeting was brought to a close with a general conversation about the just concluded AFCON.

Recall that Gen. Abayomi played host to the Super Eagles whilst they camped at Garoua, Cameroon.

Although the City is in the outskirts of the major cities of Cameroon, it didn’t seem to have deterred the father of all Nigerians in Cameroon.

He was very present and showed physical solidarity when the Nigerian squad needed it the most. 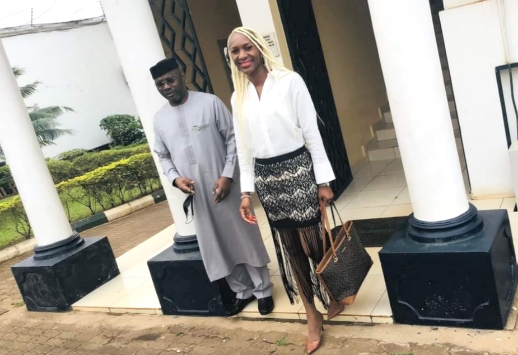 Speaking to the Ambassador about the brief visit by the Nigerian Squad, he said “I’m more than happy to have supported the Super Eagles.

“These boys are talented and we look forward to seeing them in more successful outings soon.

“I’m glad to have played Host to our national squad”, the Ambassador said.

He added that “This is part of our duty, to care for Nigerians who visit or live here in Cameroon.

“Our mission under my supervision is dedicated to absolute service, support and guidance to every single Nigerian, both temporarily or permanently, staying here in Cameroon”.

AFCON2021 has ended  with the Senegalese lifting the cup for the first time as they defeated the 7 times Champions – Egypt in a penalty shoot out after a tantalizing 120 minutes battle on the pitch!