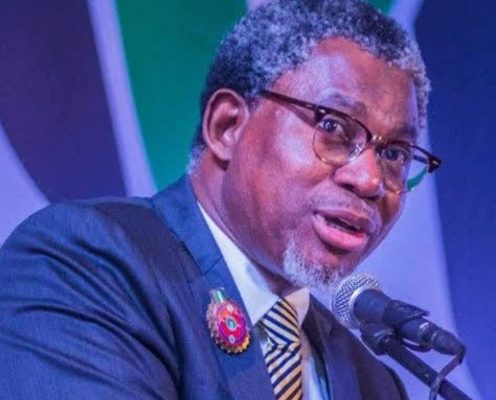 The Ministry of Mines and Steel Development says it has exceeded its 2022 revenue target of about N7 billion and will hit an excess of N10 billion by the end of the year.

The Minister, Olamilekan Adegbite, said this when he visited the News Agency of Nigeria (NAN) in Abuja on Thursday.

Adegbite said that the ministry’s N7 billion target was exceeded in September, saying that the mining sector had the capacity to contribute more to the economy.

The minister said the sector was currently contributing one per cent to the economy of the country.

He also said that the sector could contribute 10 per cent to the country’s Gross Domestic Product (GDP) when fully funded and developed.

According to him, we set a target of three per cent for the sector by 2025 and we are on our way to achieving that.

“I think that by the end of the year, we might hit N10 billion.
“I believe this is growing from a paltry sum of two billion in 2015. Last year, we made nine billion.

“Yes, N10 billion is too small when you look at the overall revenue of government but it is a giant lead for us.
“From two billion Naira, we have gone to N10 billion,’’ he said.

The minister said the ministry was collaborating with other ministries and agencies, including the Nigeria Export Promotion Council (NEPC) and the Ministry of Industry, Trade and Investment.

Others are the Ministry of Interior and Nigeria Customs Service (NCS) to make sure the country had the desired value from the sector.

Earlier, the minister who visited the Managing Director of NAN, Mr Buki Ponle, said he was at the agency to educate the public on the scorecard of the ministry under President Muhammadu Buhari.

Ponle, however, commended the minister’s efforts toward ensuring the equitable distribution of solid minerals among states. (NAN)